A Republican Senator has introduced the Biosimilar Red Tape Elimination Act in an effort to remove the need for switching studies and increase biologics competition.

The arrival of biosimilars in the US came almost a decade after Europe first embraced the competitive biologic modality. And even then, biosimilars have been distinguished in the US due to the need to prove interchangeability with the reference product through switching studies if they are to be substituted without the intervention of a health care professional.

While there are now 31 biosimilars approved, only two are deemed interchangeable: Mylan‚Äôs (now Viatris‚Äô) Semglee (insulin glargine) and Boehringer Ingelheim‚Äôs Cyltezo (adalimumab), though the latter is yet to be launched due to a legal agreement with AbbVie. 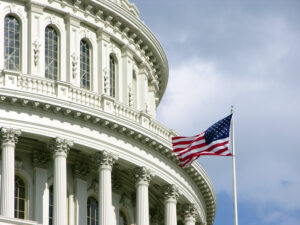 But now the US interchangeability requirement could be overhauled after Mike Lee, a Republican Senator for Utah, introduced the Biosimilar Red Tape Elimination Act last week. He described the process for a biosimilars to achieve interchangeable status as ‚Äúcumbersome and expensive,‚Äù with switching studies costing millions of dollars and further delay products from accessing the market.

‚ÄúWhile switching studies are meant to act as another layer of safety, more than a decade of data reveals that they are largely unnecessary. The European Medicines Agency (EMA) does not require switching studies,‚Äù the Bill‚Äôs one-pager states, citing evidence from the overseas Agency.

Among the supporters of the Bill is Sarfaraz Niazi, a member of industry advocacy group The Center for Biosimilars‚Äô Advisory Board.

‚ÄúAccording to the FDA, ‚Äòbiosimilars have no clinically meaningful difference with their reference product,‚Äô so if there is no difference, they should be interchangeable without the extensive and expensive switching and alternating studies in patients,‚Äù he wrote.

‚ÄúFirst, such studies can never fail, as statistics teaches us and as the hundreds of such studies reveal. These studies are tantamount to human abuse. Creating two classes of biosimilars has weakened the trust in biosimilars. The amendments suggested in the bill are based on scientific and ethical considerations, and it must be voted in by the Senate.‚Äù

Biopharma Industry group BIO, whose members have historically supported innovative biologics over biosimilars, when contacted, did not comment on the Bill by the time of going to press.