Taking calculated risks will accelerate SARS-CoV-2 vaccine development according to CEPI, which says traditional techniques are too slow.

Developing a vaccine usually takes between six to 11.5 years according to the Gates Foundation backed Coalition for Epidemic Preparedness Innovations (CEPI).

In traditional development models target identification can take six months to two years, followed by preclinical testing and up to a decade of clinical development. Manufacturing scale up also takes years. 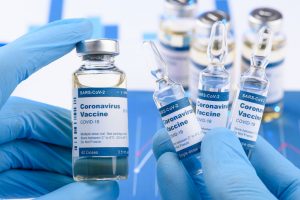 But the COVID-19 pandemic calls for a different approach according to Ingrid Kromann, CEPIâ€™s head of CMC. She told online delegates at Bioprocess International Europe â€śOur goal is to have a paradigm shift and be able to develop a vaccine within 12 to 18 months.â€ť

â€śWe can only do this if we make choices and do some of the tasks in the development path at risk. And we have to be able to scale-up our products at riskâ€ť Kromann said, explaining that CEPIâ€™s approach was to start process-scale up before it had clinical data.

â€śThis is the way we are working in all the vaccines in our portfolio: scaling up at risk; scaling-out at riskâ€ť she said, adding â€śour goal is to ensure we have enough capacity and enough diversity in our production facilities.

CEPI uses an internal framework to accelerate programmes in its portfolio. Kromann told delegates that rather than being divided into clinical trial phases, the framework is split into early development, late stage development and pre-licensure.

â€śFor early stage we need to have a process that is defined and to be sure that it can be produced at a CMC facility,â€ť she said, adding that from a quality standpoint the process needs to be well described and accompanied by master batch records.

The framework also defines the formulation and stability characteristics required at each phase as well as setting out expectations for cold chain distribution and in-use monitoring.

Another CEPI effort to accelerate SARS-CoV-2 vaccine development and manufacture is the COVAX SWAT team it set up with the WHO, the Bill and Melinda Gates Foundation and the US NIH.

The Swat team is a joint effort to identify and address any common challenges that developers face according to Kromann, citing the manufacturing SWAT team which is split into three different task forces as an example.

â€śOne of the task forces is focused on drug product: how to scale up; how to scale-out. Thatâ€™s a common challenge for all our developersâ€ť she said â€śadding itâ€™s the same for the drug substance.â€ť

Risk is also key to CEPIâ€™s plan to ensure there is sufficient global manufacturing capacity. Kromann said the organisation has identified 52 companies with vaccine capacity it believes could help make drug substance, adding that it is in discussion with two firms at present.

â€śOne of the challenges is that we donâ€™t know all the yields from our processes,â€ť she said, adding â€śand it is very hard to calculate what will be needed to reach the 10 billion doses needed.

â€śWe will not know the final dose before July, December or even later for some of the platforms,â€ť Kromann said, adding â€śthe yield and dose are essential to calculate how many doses we will be able to deliver. But time will tell, and we have to work in parallel.â€ť

Likewise for drug product CEPI has identified 83 potential manufacturers, 16 of which have been approached.

â€śWe see that two or three of the vaccines in our portfolio and they [the developers] will be able to produce two to four billion doses by the end of 2021.â€ť