A syringe filling facility in Brussels run by CDMO Catalent has received a US FDA Form 483 and has allegedly created supply issues for Novo NordiskŌĆÖs Wegovy.

The 265,000 square-foot site described as CatalentŌĆÖs flagship European syringe filling facility produces over 175 million units annually for the contract development and manufacturing organizationŌĆÖs (CDMOŌĆÖs) customers. But a recent inspection by the US Food and Drug Administration (FDA) discovered concerns at the site and resulted in a Form 483.

ŌĆ£We are treating the FDAŌĆÖs 483 observations at the Brussels, Belgium, site very seriously and are working closely with them to resolve these, and with customers to minimize any potential disruptions this may cause to their supply chains,ŌĆØ a Catalent spokesperson told BioProcess Insider. 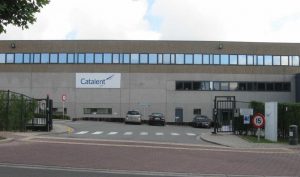 JefferiesŌĆÖ analyst David Windley named the Brussels site as the primary fill/finish supplier for Novo NordiskŌĆÖs weight loss drug Wegovy (semaglutide) in a note, and said the 483 was the reason behind recent supply chain issues.

On December 17, Novo Nordisk announced: ŌĆ£A contract manufacturer filling syringes for Wegovy┬Āpens for the US market has temporarily stopped deliveries and manufacturing following issues with Good Manufacturing Practices. As a consequence, Novo Nordisk does not expect to be able to meet demand in the US in the first half of 2022 and few new patients are expected to be able to initiate treatment.ŌĆØ

Windley added ŌĆ£the Brussels site has been no stranger to 483s. Over the past decade, that site has been issued 12 483s across the nine FDA inspection visits. We believe this is the first time a GMP-related 483 led to a halt in supply.ŌĆØ

He was, however, optimistic that the site’s reopening is ŌĆ£not contingent on FDA re-inspection, implying that the issue itself is not that severe and FDA is comfortable with CatalentŌĆÖs remediation plan.ŌĆØ

Catalent could not confirm that Novo Nordisk is a customer at the Brussels site, nor that any specific products have been affected by the 483.

ŌĆ£Legally, and as a result of confidentiality agreements, Catalent cannot comment on individual customer contracts, their products, or particular manufacturing locations,ŌĆØ we were told.