New GMP and licensing laws will reshape biopharma contracting in China. But exactly what the sector will look like will depend on how they are implemented and enforced by the countryâ€™s regulator, says an expert.

The Chinese National Peopleâ€™s Congress passed final amendments to the countryâ€™s Drug Administration Law (DAL) on August 26. The law introduces a suite of measures, including a marketing authorisation holder (MAH) system similar to those in place in the US and EU.

It also reforms and strengthens E-pharmacy rules and includes measures to stop counterfeits entering the supply chain. The law also establishes a system of fines for firms that break the rules. 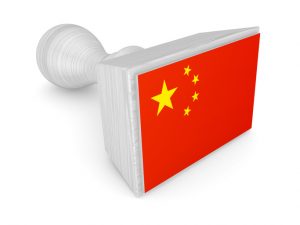 The DAL comes into effect on December 1. Implementation and oversight is the responsibility of the National Medical Products Administration (NMPA),Â which has a similar remit to the FDA in the US.

And the NMPA has a lot of work to do says David Deere, chief commercial officer at China-focused contract manufacturer PaizaBio.

â€śOne big issue is going to be how quickly the new Pharmaceutical Inspectors can be trained on brought onlineâ€ť he said.

Plans for new inspectors set out in Article 100 of the DAL were originally announced in July.

At the time the Xinhua state newswire said, â€śThe inspection teams will, in accordance with the law, check whether the sites and activities for the research and manufacturing of drugs are up to standards, while evaluating their risks.â€ť

It also said, â€śA system of such inspection teams at central and provincial levels will be established by the end of 2020.â€ť

Whether the NMPA â€“ previously known as the CFDA â€“ has sufficient capacity to enforce the new law is another question.

Deere said, â€śUntil recently, the Beijing-based NMPA was a small ministry with limited centralized control beyond approval of most western drugs and the bulk of administration & enforcement was decentralized.

The new broarder remit set out in the DAL will require the NMPA to undergo â€śreorganization, extensive training with internal oversight/monitoringâ€ť he continued.

Pharmaceutical manufacturing, particularly work carried out by contractors, is another area likely to be impacted by the new law.

According to Deere â€śDAL enshrines into Chinese law the regulatory reforms which were already being incorporated into the emerging biomanufacturing industry in China including, namely cGMP, broadening and formalizing the MAH program which facilitates the use of CMOs.â€ť

The opportunities for contract development and manufacturing organizations (CDMOs) in China have evolved rapidly in recent years.

Previously, drug approvals were contingent on the developer investing in manufacturing capacity in the county.

However, in 2015 the Government introduced a pilot scheme allowing the approval of products whose manufacture was outsourced.

According to Deere, â€śthe debate about CMOs vs. Chinese drug manufacturers â€śmoonlightâ€ť CMO business, has been settled [by the DAL].

â€śCMOâ€™s, as originally envisioned, will play a critical role in Chinaâ€™s emerging R&D based bio-pharmaceutical sector and as such are permanently provided for within the new DAL.â€ť

Despite the positive associated with DAL, there are some areas of law that need to be clarified.

Deere told us, â€śThe role of the Import License approval for foreign drugs vs. Chinese MA regulatory approval pathway and how these would be accommodated by use of CMOâ€™s under the MAH system has not been adequately defined with the DAL changes and represent a significant uncertainty for Chinaâ€™s emerging biomanufacturing sector.â€ť

The lack of a link between the DAL and patent and data protection rules is another issue, particularly for Western drug firms.

According to Deere it represents a â€śserious threat to Chinaâ€™s biomanufacturing sector because IP protection is the alpha & omega for multinational companies.

â€śThis ominous omission, unless completely corrected by DAL implementation regulations which would not be challengeable in Chinese courts, quickly, will likely impede MNC incorporation of China into global sourcing and market planning and limit Chinese local sourcing/clinical development efforts.â€ť