China plans to furnish US auditors with full access to the financial records of China companies that have US listings.

The change seems to solve a looming crisis between the two countries, as the US is currently threatening to de-list all China companies that closed their financial documents to US auditors.

The revised regulation will allow scrutiny of China-based companiesâ€™ books, while detailing how to handle national security information, which will remain protected. The new policy was announced earlier this month in a draft published on the website of the China Securities Regulatory Commission. 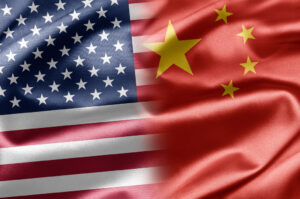 China officials positioned the new rules as a good faith effort to solve the audit crisis with the US, while it stressed Chinaâ€™s support of companies that list their shares on foreign exchanges. It isnâ€™t knownÂ whether the US will require access to all information, including national security, reasoning that US officials wonâ€™t know what the information is unless they has access to it.

At present, the US requires companies to open their books to US-certified auditors. Companies that do not provide access to US auditors are de-listed after three years of non-review. But China refuses, under the old rules, to permit any non-China person to examine the financial records of a China company. That deadlock was causing a great deal of anxiety before the revised regulation was published.

The revised regulation will provide clearer guidelines for confidentiality and file management work, which will guide companies on how to manage classified and sensitive information.

So far, the US has not responded to the new China regulations. There are close to 300 China companies listed on US exchanges.

In February, the US Commerce Department added 33 Chinese companies to its Unverified List (UVL) including two subsidiaries of contract development and manufacturing organization (CDMO) WuXi Biologics based in Shanghai and Wuxi City.

This article has been adapted from a story published in ChinaBioToday on April 4 2022.