Sanofi says it is working with its third-party manufacturer and the US FDA to resolve issues raised in the Complete Response Letter.

French pharma giant Sanofi has suffered a setback after sutimlimab, its investigational monoclonal antibody for the treatment of hemolysis in adults with cold agglutinin disease, received a Complete Response Letter (CRL) from the US Food and Drug Administration (FDA).

The firm stated the letter refers to â€ścertain deficiencies identified by the agency during a pre-license inspection of a third-party facility responsible for manufacturing,â€ť though noted no clinical or safety deficiencies were raised. 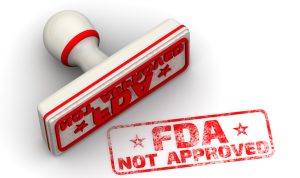 â€śThis CRL affects our approval in the US as the PDUFA action date was November 13, 2020,â€ť a Sanofi spokesperson told Bioprocess Insider.

The spokesperson did not comment on the financial implications of this CRL for Sanofi and added: â€śWe do not provide the specifics of the deficiencies and responses between the agency and a third-party manufacturer.â€ť

Sutimlimab â€“ previously known as BIVV009 â€“ was developed by Bioverativ, once Biogenâ€™s hemophilia business that span-out in 2017. Sanofi acquired the firm in 2018 for $11.6 billion, bolstering its hemophilia portfolio with two marketed blood-clotting drugs, Eloctate and Alprolix, as well as adding several candidates including the monoclonal antibody sutimlimab.

Bioverativ has used its former owner Biogen for drug substance, product and finished goods. And in 2018, the firm inked a deal with Oxford BioMedica for the development and manufacturing of lentiviral vectors to treat hemophilia.