With a list price of $3.5 million, Hemgenix (etranacogene dezaparvovec) becomes the most expensive single-dose drug and the first gene therapy approved for hemophilia B.

The US Food and Drug Administration (FDA) gave CSL Behringâ€™s one-time gene therapy the thumbs up yesterday to treat adults with hemophilia B, a rare bleeding disorder caused by a gene defect that results in insufficient production of blood clotting protein factor IX.

â€śWe are thrilled to witness this milestone in hemophilia B treatment,â€ť said Kim Phelan, COO of The Coalition for Hemophilia B. â€śOver the years we have seen a variety of advancements for the hemophilia community, but gene therapy is the first treatment option to offer those living with hemophilia B â€“ and caregivers â€“ the possibility of freedom from the need for regular, ongoing infusions.â€ť 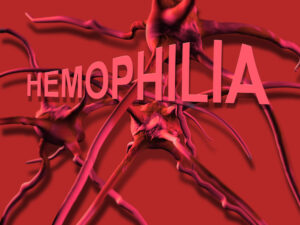 Hemgenix is based on a recombinant adeno-associated viral (AAV) vector of serotype 5 (AAV5) gene therapy that contains the Padua variant of a codon-optimized human FIX complementary deoxyribonucleic acid (AAV5-Padua hFIX).

Hemgenixâ€™ global rights were added to Australia-based CSL Behringâ€™s product pipeline in June 2020 through a deal with UniQure that netted the latter $450 million upfront and a potential $1.6 billion depending on progress.

Under terms of the deal, the gene therapy was to continue to be manufactured at uniQureâ€™s Lexington, Massachusetts site. The 80,000 square-foot facility was named in the FDAâ€™s approval letter as the approved source of manufacture for Hemgenixâ€™s drug substance and drug product. The final drug product labeling and packaging takes place at a CSL Behring facility undisclosed in the FDA letter.

Hemgenix has a list price of $3.5 million, making it the most expensive one-time therapy in the world, overtaking bluebird bioâ€™s Skysona (elivaldogene autotemcel, or eli-cel), which had a list price of $3 million following its approval in September.