J&J has terminated a COVID-19 vaccine contract because of breaches in GMP compliance at CDMO Emergent BioSolutions.

J&Jâ€™s Janssen entered into an agreement with Emergent BioSolutions in 2020 for the manufacture of its viral vector-based COVID-19 vaccine.

However, the contract development and manufacturing organization (CDMO) has been hit with numerous quality issues at its Bayview, Maryland facility causing an ingredient mix up and culminating in the destruction of nearly 400 million doses of vaccines, according to a recent US Government report. 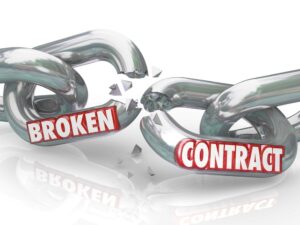 And now Janssen has issued a written notice to Emergent for the termination of the contract, the CDMO said this week.

According to an SEC filing, Janssen claimed Emergentâ€™s failure â€śto perform its obligations in compliance with current good manufacturing practices (cGMP) or other applicable laws and regulations and failure to supply Janssen with the Productâ€ť led to the firm cancelling the contract.

â€śJanssen alleges that the breaches are not curable and, therefore, the termination is to be effective as of July 6, 2022.â€ť

However, Emergent said it disputes the allegations of material breach, disagreeing that the breaches are not curable.

â€śUnder the terms of the Agreement, the Company had agreed to provide contract development and manufacturing services to produce drug substance at large scale for up to five years, originally valued at approximately $480 million in the first two contract years,â€ť the CDMO wrote in its filing.

â€śThe Janssen Notice asserts that Janssen has no obligation to make any post-termination payments and further that Janssen is entitled to recoup certain fees paid to the Company. The Companyâ€™s position remains that the payments owed to the Company by Janssen, if the Agreement were to be terminated by either party pursuant to any of its terms, would be in the estimated range of approximately $125 million to $420 million.â€ť

According to Reuters, J&J said Emergent’s filing was â€śfalse and misleadingâ€ť in a statement. â€śWe have sufficient capacity across our global COVID-19 vaccine manufacturing network, and we continue to meet our contractual obligations to supply our vaccine.â€ť

J&J paused supply from Emergent earlier this year, Emergent said in March, as it evaluated its supply chain on the back of falling demand for its COVID-19 vaccine. And already playing third fiddle to Pfizer and Modernaâ€™s vaccines, safety concerns surrounding J&Jâ€™s vaccine have further stunted demand in the US.