Emergent BioSolutions hid evidence of contamination and destroyed nearly 400 million doses of J&J and AstraZeneca vaccines, a US Government staff report has found.

Emergent was one of the benefactors from the US GovernmentŌĆÖs efforts in countering COVID-19, winning a Trump Administration contract worth $628 million to make the Johnson & Johnson (J&J) and AstraZeneca vaccines.

However, the contract development and manufacturing organization (CDMO) was hit with an FDA Form 483 and a directive to stop production at its Bayview, Maryland facility in April 2021 following an ingredient mix up. It was reported at the time that around 15 million doses were deemed unusable. 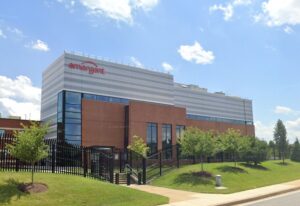 But according to a House Select Subcommittee on the Coronavirus Crisis report published this week, manufacturing deficiencies at Bayview were far more serious than first described, and nearly 400 million doses of coronavirus vaccines were destroyed because of EmergentŌĆÖs failure to meet or maintain quality standards.

ŌĆ£EmergentŌĆÖs failures wasted hundreds of millions of taxpayer dollars and impacted our countryŌĆÖs ability to meet the urgent, global need for coronavirus vaccines,ŌĆØ the report concluded.

ŌĆ£EmergentŌĆÖs inability to meet or maintain quality standards at its Bayview facility, both before and after the Trump Administration awarded a multimillion-dollar contract, raises questions about whether additional contracting controls could have prevented the destruction of nearly 400 million doses of coronavirus vaccine and the loss of taxpayer funds.ŌĆØ

The full report can be found below, but it shows that between July 2020 and April 2021 nearly 200 million J&J and over 100 million AstraZeneca vaccine doses made at Bayview were aborted, rejected, or expired. Between August 2021 and February 2022, a further 90 million J&J jabs were destroyed.

Emergent, in a statement, described the Committe’s report as ŌĆ£nothing new,ŌĆØ detailing ŌĆ£the same information we have transparently given to regulators and the media over the past two years.ŌĆØ However, the firm disputes the 400 million dose figure, saying:

“It is very difficult to estimate dose equivalents for batches that do not complete the manufacturing process or leave the facility to be turned into vaccine. While unfortunate, a batch of drug substance may test out of specification for a variety of reasons whether during the manufacturing process or after the process is complete. Rigorous testing and reporting when such events occur is critical, and it is what happened in the case of the single batch of J&J drug substance found to be out of specification in March 2021. To equate these quality control actions with a ‘discarded dose’ figure displays a lack of understanding regarding the biomanufacturing process.”

Amid EmergentŌĆÖs GMP failing, the Committee found the firm guilty of hiding evidence of contamination from government inspectors.

ŌĆ£Documents reveal that immediately before an FDA site visit in February 2021, Emergent employees removed quality-assurance ŌĆśhold tagsŌĆÖ from J&J vaccine batches ŌĆō which indicated that the containers had a potential quality issue.

ŌĆ£In an email obtained by the Committees, an outside consultant stated that the tags were removed ŌĆśto avoid drawing attentionŌĆÖ from FDA inspectors. Documents also show that Emergent personnel expressed concern that the Department of Health and Human Services (HHS) was ŌĆ£getting too involvedŌĆØ following the companyŌĆÖs cross-contamination of the Johnson & Johnson and AstraZeneca vaccines in March 2021, and company executives strategized regarding how to evade questions from HHS.ŌĆØ

EmergentŌĆÖs quality systems and ability to manufacture vaccines in compliance with GMP were also hindered by ŌĆ£inexperienced staff and high employee turnoverŌĆØ at Bayview. Senior management acknowledged this in reports submitted to the HHS in July and August 2020, which stated staff were mostly ŌĆ£temporary employees [with] little or no pharmaceutical experience.ŌĆØ

EmergentŌĆÖs customers were also aware of these deficiencies, the report said, with a J&J representative telling the Committee: ŌĆ£It was difficult to establish a relation [sic] with Site Quality Head as it was changing over time.ŌĆØ Meanwhile, AstraZeneca representatives ŌĆ£specifically noted that high turnover was a ŌĆśdisruptionŌĆÖ and uncommon at other contract manufacturing organizations they work with. One AstraZeneca representative said: ŌĆśThe quality organization was not running like a clock. There were definitely gaps and issues in the quality organization.ŌĆÖŌĆØ

ŌĆ£In total, Emergent received $330 million in taxpayer dollars under the contract awarded by the Trump Administration, as well as millions from its private contracts with AstraZeneca and Johnson & Johnson. The Biden AdministrationŌĆÖs decision to terminate the contract saved taxpayers more than $320 million remaining on the contract.ŌĆØ

J&J has also been left with significant costs associated with the Bayview plant: $11 million in costs to respond to and remediate deficiencies that led to the cross-contamination, along with expenses for additional quality personnel, technical support, and equipment. AstraZeneca also reported that it paid Emergent more than $21 million for 18 batches of vaccines that were aborted or rejected.

ŌĆ£Johnson & Johnson and AstraZeneca representatives told the staff that both companies continue to incur substantial costs in connection with the issues at Bayview.ŌĆØ

According to the report, ŌĆ£shutdown activities are ongoing and Emergent plans to restart manufacturing by August 2022. As of May 8, 2022, FDA has been unwilling to share when its next inspection will occur.ŌĆØ