COVID-19 vaccine contract manufacturer Emergent BioSolutions has stopped production at its beleaguered Bayview, Maryland plant following a US FDA inspection that led to a Form 483 with nine observations.

The US Food and Drug Administration (FDA) began an inspection at the Bayview site in Baltimore, Maryland on April 12 and, according to Emergent, four days later requested a manufacturing hold.

ŌĆ£On April 16, 2021, at the request of the FDA, Emergent agreed not to initiate the manufacturing of any new material at its Bayview facility and to quarantine existing material manufactured at the Bayview facility pending completion of the inspection and remediation of any resulting findings,ŌĆØ the firm said in an SEC filing. 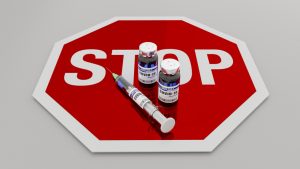 The drug substance facility has been contracted by Johnson & Johnson, AstraZeneca, and others to help produce millions of doses of their respective COVID-19 vaccines. But in March, it┬Āemerged┬Āthe contract development and manufacturing organization (CDMO) had mistakenly mixed ingredients of J&JŌĆÖs jab with that of the AstraZeneca shot, rendering 15 million doses unusable.

The incident prompted the Biden administration to place J&J in charge of the plant and for Emergent to issue a statement surrounding the single batch of drug substance identified that did not meet specifications:

ŌĆ£Discarding a batch of bulk drug substance, while disappointing, does occasionally happen during vaccine manufacturing, which is a complex and multi-step biological process,ŌĆØ the firm stated on April 1. ŌĆ£We continue to manufacture in support of our customers and the U.S. government, and we remain confident in our ability to meet the FDA requirements.ŌĆØ

However, citing reports from the New York Times (NYT), Anthony Davies ŌĆō founder & CEO at Dark Horse Consulting ŌĆō noted the seriousness of the cross-contamination of the viral vectors: the chimpanzee-based adenovirus (ChAd) serotype Y25 and the human-based Ad26 vector, used in the J&J and AstraZeneca vaccine, respectively.

ŌĆ£In my personal opinion, if even half of the NYT’s allegations are correct, this plant is essentially beyond remediation,ŌĆØ he wrote on LinkedIn. ŌĆ£This player is out of this game,ŌĆØ he added, estimating it will take months rather than weeks to fix the problems.

ŌĆ£This has been a most unusual series of events. Quality and regulatory safety nets did work (just), it underlines the need for raised standards in the field of CGTx manufacturing, we must not let this weakness derail the advance of medicine.ŌĆØ

On Wednesday 21 April, the FDA issued a statement on the Emergent facility, announcing the inspection had resulted in a Form 483 with nine observations.

“In the case of Emergent BioSolutions, we are working with the company to address the conditions identified. At the agencyŌĆÖs request, Emergent BioSolutions has agreed to pause new production while it works with the FDA to resolve potential quality issues. For the vaccines already manufactured, the products will undergo additional testing and will be thoroughly evaluated to ensure their quality before any potential distribution. We will not allow the release of any product until we feel confident that it meets our expectations for quality.”