Emergent BioSolutions has defended the manufacture of two different viral products from its Bayview facility as part of the ŌĆ£Herculean taskŌĆØ of tackling the coronavirus pandemic.

The Bayview, Maryland drug substance facility has been on the forefront of the fight against COVID-19, with Emergent BioSolutions contracted to make millions of doses of Johnson & Johnson and AstraZenecaŌĆÖs respective vaccines from the plant.

But an ingredient mix up reported in March rendered 15 million doses unusable, and Emergent has now halted production at the facility on the request of the US Food and Drug Administration (FDA) after an inspection resulted in a Form 483 with nine observations. 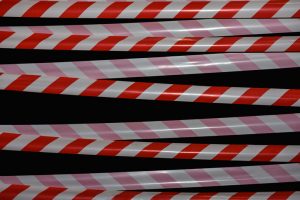 While Emergent CEO Robert Kramer took full responsibility for the issues during yesterdayŌĆÖs first quarter financial call, he stated there has been much misinformation about what happened at Bayview and looked to set the record straight.

ŌĆ£We took on that Herculean task of progressing Bayview from a facility originally designed to develop and manufacture 50 million doses of a single influenza vaccine to one capable of producing hundreds of millions of COVID-19 vaccines. This was a remarkable accomplishment given the circumstances, but a necessary one, given the severity of the pandemic,ŌĆØ he told stakeholders.

ŌĆ£We committed to manufacture J&J’s COVID-19 vaccine candidate at Bayview and the US government reserved the remainder of our capacity and subsequently directed us to manufacture the AZ candidate in the same facility,ŌĆØ he continued.

ŌĆ£Everyone should keep in mind that this rapid scale of manufacturing had never been done before. We took a process that normally takes years and condensed it into months. We didn’t flinch that challenge because that’s what this company was built for. We take on public health challenges that others won’t.ŌĆØ

Much of the criticism directed at the CDMO has been about the unusual decision to make two different viral products commercially from the same facility, a risk taken due to the unprecedented nature of the pandemic, according to Kramer.

ŌĆ£Cross contamination is a well-known risk when producing drug substance for multiple viral products in a single plant, which is exactly why there are so many fail safes and quality control measures in place.

ŌĆ£But the odds of one or more COVID-19 vaccines in development failing was extremely high, which is why the government bet on multiple candidates. It’s easy to go back and second-guess these decisions that were made in the early stages of the pandemic. At the time, no one knew how fast we could get to a clinically viable vaccine and which candidates would be most successful.ŌĆØ

The CDMO is responding to the observations cited by the FDA and the number one goal going forward is to recommence production ŌĆ£obviously only after completely responding and committing to corrective actions necessary and appropriate as identified by the FDA,ŌĆØ said Kramer.

ŌĆ£I’m hopeful that we can soon return to producing the tens of millions of doses per month,ŌĆØ he said, without giving an idea of timelines.

This included a drop in CDMO revenue from $925-965 million estimated in January to $765-875 million, with the issues at Bayview being a contributing factor.

ŌĆ£The forecasted range of expected CDMO services revenues has been reduced primarily due to the hold of certain COVID-19 vaccine bulk drug substance lots, as well as our commitment not to initiate new manufacturing at Bayview, pending further review by the FDA,ŌĆØ CFO Richard Lindahl said on the call. ŌĆ£Even assuming FDA concurrence to reinitiate new manufacturing and/or release of lots, we expect a delay in the timing of expected revenue.ŌĆØ

While the firm expects revenue not realized this year to shift into 2022, ŌĆ£the key variable right now relates to next steps at Bayview,ŌĆØ Lindahl reiterated.

ŌĆ£We can’t really comment on what the FDA’s timing would be, but we’ve developed a range of scenarios, which are contemplated by the wider range of CDMO guidance that we have put out there.ŌĆØ

However, he also cited a delay in an expected order of anthrax drug raxibacumab as a factor in the lowering of the forecast, but stated this is not related to the Bayview plant.