Non-profit organization BIO-ISAC has called for drugmakers to review their cybersecurity after disclosing an attack targeting a biomanufacturing facility earlier this year.

BIO-ISAC, an organization launched in August to provide early-warning and education of digital biosecurity threats, announced an undisclosed biomanufacturer was involved in an advanced persistent threat (APT) attack named Tardigrade in Spring 2021.

â€śThrough the subsequent investigation, a malware loader was identified that demonstrated a high degree of autonomy as well as metamorphic capabilities. In October 2021, further presence of this malware was noted at a second facility,â€ť the non-profit member organization said in a statement. 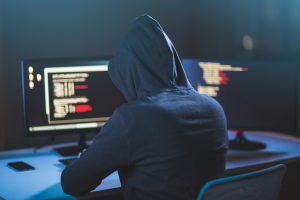 Charles Fracchia, founder of biological dataset firm BioBright and member of the BIO-ISAC, could not disclose the victims of this attack when asked.

â€śWe take anonymity of the disclosures very seriously and want to incentivize the whole field to share pre-competitive information with each other,â€ť he told BioProcess Insider. â€śThis is a proven method to improve the security of all parties in the field.

According to Fracchia, this sort of attack is not uncommon within the sector though â€śit is difficult to tell precisely as most cyberattacks will go unshared. However, it is notable that a major India-based biomanufacturing company â€“ Dr Reddyâ€™s â€“ reported an attack in October 2020.â€ť

However, he said BIO-ISAC believes Tardigrade to be the first time that such a sophisticated set of tools were involved in an attack in the sector.

While BIO-ISAC will not comment on the specific actors behind the Tardigrade attack nor other attacks, Fracchia did say a â€śflurry of activity in this spaceâ€ť correlated with the race to develop COVID-19 vaccines and therapeutics.

In February 2021, South Koreaâ€™s intelligence agency accused North Korean state-backed actors of trying to steal information on COVID vaccines by hacking Pfizer, though this is thought to be a different incident from December 2020, when the European Medicines Agency (EMA) announced it had been the subject of a cyberattack with some documents relating to the regulatory submission for Pfizer and BioNTechâ€™s COVID-19 vaccine candidate being accessed by hackers.

Meanwhile, China and Iran are among other states accused by the US of attempting to illegally access COVID-19 vaccine and therapeutic during the first year of the pandemic.

He continued: â€śCompanies are gambling their very survival. The industry needs reliable and predictable production capabilities if it is to continue to rise to the challenge that the pandemic presents.â€ť