A former Genentech principal scientist and her husband face jail after pleading guilty to stealing corporate information and sharing it with fellow competitors. Meanwhile, JHL‚Äôs former CEO and COO plead not guilty.

According to the suit, the story goes back to 2009 where Xanthe Lam and her husband, Allen Lam, conspired to commit stealing trade secret information from Genentech and passing the information to Taiwanese firm JHL Biotech (now Eden Biologics). 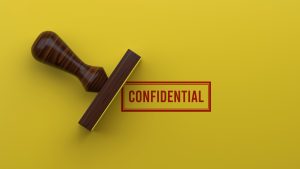 Allen Lam also pleaded guilty to four counts of filing false tax returns and one count of conspiracy to making false statements to a government agency.

The guilty pleas were accepted by William Alsup, US Senior District Judge. Alsup adjourned the case until November 9, 2021.

“Through these cases, our top priority has always been to ensure the return of our trade secrets and confidential and proprietary information and to implement protective measures to ensure this valuable information is no longer used or further disseminated by JHL, these individuals, or other companies,” a spokeswoman for Genentech told us.

“It is also critically important that those who sought to unfairly and illegally profit from our hard work be brought to justice and that the serious consequences of their actions serve as a deterrent to others.”

The Lam‚Äôs are not the only people facing criminal charges.

According to court documents, Jordanov and Lin are alleged to have engaged in a ‚Äúfraudulent scheme‚Äù to steal confidential property from Genentech to drive the development and manufacture of biosimilars.

The pair are also accused of defrauding French firm Sanofi out of $101 million by entering a strategic partnership to manufacture and distribute biosimilars in China.

Sanofi allegedly paid JHL $101 million in cash. Jordanov is accused of signing representations and warranties that falsely claim JHL has no knowledge of infringing or misappropriating intellectual property from any third party.

Jordanov and Lin have pleaded not guilty to all charges and are next scheduled to appear in court on August 24, 2021.

The suit follows a settlement between Genentech and Eden Biologics in 2019 resolving all of Genentech‚Äôs civil claims.

In a statement regarding the latest charges against the former JHL employees, Eden Biologics said the firm is not subject to prosecution regarding these matters.

If you think you have a story that might be of interest to us, please contact millie.nelson@informa.com.