CSLŌĆÖs recent approval and the retraction of an AdCom meeting for Biomarin may demonstrate the US FDA has become comfortable with hemophilia gene therapies and AAV5 vectors.

Last week, while much of the US was preparing turkey dinners and bracing itself for family feuds, the US Food and Drug Administration (FDA) was ŌĆśgiving thanksŌĆÖ to gene therapies, specifically against hemophilia.

On Tuesday, CSL Behring won approval for Hemgenix (etranacogene dezaparvovec) ŌĆō a single-dose therapy to treat adults with hemophilia B. The approval came without an FDA Advisory Committee (AdCom), a meeting generally used by the Agency to review and evaluate data concerning the safety and effectiveness of investigational and marketed therapies. 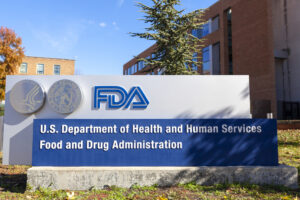 Meanwhile on Wednesday, BioMarin said it had been notified that the Agency no longer plans to hold an AdCom meeting to discuss the BLA for Roctavian (valoctocogene roxaparvovec), its proposed gene therapy for adults with hemophilia A.

The cancelation of the AdCom does not necessarily mean the FDA has made up its mind to approve Roctavian but could demonstrate ŌĆ£the FDA could be getting more comfortable with hemophilia gene therapies [ŌĆ”] and may not have major issues with AAV5 safety,ŌĆØ according to Joseph Schwartz, an analyst from SVB Securities Research. Both Hemgenix and Roctavian comprise of an adeno-associated virus 5 (AAV5) vector.

Schwartz noted Roctavian was approved in the EU back in June, and as ŌĆ£regulatory agencies tend to think more alike than differently,ŌĆØ approval is likely to come in the US as well.

ŌĆ£The FDA recently requested Phase III three-year data that will become available in early 2023 that suggests to us that the FDA is dotting the i’s and crossing the t’s and serious about the application.ŌĆØ