The 170,000 square-foot facility site will primarily be used to produce Zolgensma (onasemnogene abeparvovec. Novartis added Zolgensma to its pipeline through the $8.7 billion acquisition of AveXis in May 2018 and a year later, received FDA approval for the single-dose, one-time gene therapy against spinal muscular atrophy (SMA). 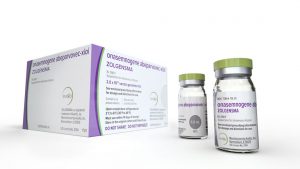 â€śThe site expects to provide approximately 100 doses to US patients in the first six months after licensure,â€ť a Novartis spokesperson told BioProcess Insider. â€śMore than 1,800 patients have been treated with Zolgensma globally across clinical trials, managed access programs, and in the commercial setting.â€ť

According to the firm, the facility will begin producing and shipping the gene therapy immediately.

Licensure comes after Novartis pumped around $115 million into the site, originally through a $55 million investment on the tail of the AveXis buy and then with a further $60 million in February 2019. The Durham facility becomes the second commercial Zolgensma manufacturing plant in Novartisâ€™ network, joining the Libertyville, Illinois plant, which is equipped with iCELLis bioreactor systems supplied by bioprocess vendor Pall Corporation.

However, initial Zolgensma manufacturing plans have been scaled back: a Longmont, Colorado facility acquired inÂ April 2019 from AstraZeneca for the support of Zolgensmaâ€™s rollout was sold to contract manufacturer AGC Biologics in July 2021 after Novartis admitted to over anticipating the amount of capacity needed to support demand.

â€śThe two-site network has sufficient capacity to supply the current global demand as well as any predicted growth going forward,â€ť the spokesperson said.

â€śWe are always looking for process improvements to increase yield, but there arenâ€™t additional capacity plans at this time as the two-site network has sufficient capacity to supply the current global demand as well as any predicted growth going forward.â€ť