Novavax expects EUA submission for its COVID-19 vaccine to occur in the fourth quarter this year due to analytical work delays.

Novavax was one of the forerunners of the COVID-19 vaccine pioneers, attempting to bring its prefusion protein-based vaccine NVX-CoV2373 ŌĆō made using NovavaxŌĆÖ proprietary nanoparticle technology and MatrixŌĆōM adjuvant ŌĆō to market with help from $1.6 billion of US government assistance through the ŌĆśOperation Warp SpeedŌĆÖ program.

However, while peers such as Pfizer, Moderna, and J&J have achieved regulatory success and are rolling out their vaccines in the US and elsewhere, NVX-CoV2373 approval continues to be pushed back with Novavax now estimating submission for Emergency Use Authorization (EUA) in the US to occur in the fourth quarter of this year. 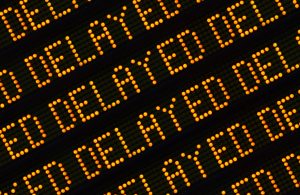 The firm has attributed this to the demand for additional analytical work with CEO Stan Erck telling investors last week that it is awaiting ŌĆ£the completion of validation of analytical methodsŌĆ”as part of our finalization of our authorization submission that are being carried out with multiple third parties.ŌĆØ

NovavaxŌĆÖs main partner in the US is contract development and manufacturing organization (CDMO) Fujifilm Diosynth Biotechnologies, which is contracted to produce the vaccine from its facilities in North Carolina and Texas.

But in a statement issued this week, Novavax stressed the analytical work at the center of the delay is not performed by Fujifilm, implying a different third-party (or parties) is responsible.

The statement continued, saying that to support advancement of NVX-CoV2373, Fujifilm is ŌĆ£restarting manufacturingŌĆØ at its site in Texas. Erck had told Yahoo News last week that the Texas facility ŌĆ£has been stopped because of quality problems. They’ve [Fujifilm] been working on bringing their quality system up to our standards and the government standards.ŌĆØ

General ŌĆśgovernment standardsŌĆÖ may also be a factor in the slow progress of the vaccine, Erck alluded on the call last week. He told stakeholders delays relate to the fact Novavax is at the mercy of its partner, the US government, which he described as the gateway to submission with the FDA. ŌĆ£There has to be some negotiation with the US government and does the validation activities meet their standards?ŌĆØ

Novavax reiterated the dependence it has on the US government with reference to both regulatory and manufacturing activity in an SEC filing last week.

ŌĆ£The US government has recently instructed the Company [Novavax] to prioritize alignment with the US Food and Drug Administration on the Company’s analytic methods before conducting additional US manufacturing and further indicated that the US government will not fund additional US manufacturing until such agreement has been made,ŌĆØ the filing states.

ŌĆ£The US government also instructed the Company to proceed with work under the OWS Agreement related to all other activities, including ongoing clinical trials and nonclinical studies, regulatory interactions, analytics/assays and characterization of manufactured vaccine and project management.ŌĆØ

Despite setbacks and politics, Erck was confident NVX-CoV2373 can be approved via the EUA pathway.

ŌĆ£The EUA pathway remains open,ŌĆØ he said. ŌĆ£Peter Marks, director of the Center for Biologics Evaluation and Research at the Food and Drug Administration was quoted in a Bloomberg interview this week saying that ŌĆō and I quote ŌĆō ŌĆśthere probably is going to be a point at which we stopped giving emergency use authorizations, right now one wouldnŌĆÖt want to rule out continuing to give emergency use authorizations.ŌĆÖŌĆØ

He added there is still no approved protein-based vaccine for COVID-19, and many people think this might be a good alternative to mRNA and vector-based products.

Furthermore, if approval comes Erck was confident it be ready to ship procured doses. ŌĆ£The original timetable called for starting delivery of those doses in the fourth quarter and through the second quarter of next year. And I think that probably we wonŌĆÖt get many doses shipped in the fourth quarter, it will just push it back to the first and second quarter. We have boost stockpiled those doses, so it will come in a rush once we get the FDA approval.ŌĆØ

2 thoughts on “Novavax: Analytical work keeping vaccine at bay, Fujifilm not to blame”