Oklahoma has introduced a bill intended to ban the state from prescribing, administering, and making medicinal products and vaccines containing human DNA.

Introduced on January 15, Senate Bill 1514 is proposing prohibiting vaccine use and supply in the state of Oklahoma.

â€śNo medicine, medical product, vaccine or other injection that contains human DNA shall be prescribed, administered, dispensed, used or offered in this state,â€ť the bill states, placing a date of November 1, 2020 as the when it hopes to become effective. 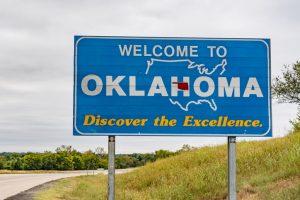 While it is unlikely the bill will pass, this is an example of the dangerous influence of the anti-vaccination movement in public life.

Driven by the discredited doctor Andrew Wakefield and amplified through social media, the anti-vaccination (anti-vax) movement has spread misinformation over recent years to the extent where close-to eradicated diseases such as measles are now seeing a resurgence due to a drop in inoculation rates.

This bill is sponsored by Republican Senator Joseph Silk. Silk spoke against advice given by the Centers for Disease Control and Prevention on vaccine schedules in 2018 claiming â€śThey are out of control on shoving 3-month-old children full of vaccinations.â€ť

His comments came as part of a debate of a bill intended to limit immunization exemptions in the state. The bill was defeated in a campaign that saw then Senator Ervin Yen demonized by parts of the Republican party for his advocation of restricting vaccine exemptions. Currently, a parentâ€™s written objection for any reason is enough to exempt a child from being vaccinated in Oklahoma.

Meanwhile Governor of Oklahoma John Kevin Stitt is, according to the Daily Beast, an anti-vaxxer. This is denied by Stittâ€™s website, which claims the label was given to him by â€śthe liberal mediaâ€ť as â€śclickbait.â€ť He states that his children have received various vaccinations and he does not want to change the current state law on mandated Â vaccines.

Oklahoma is not regarded as a hotbed of vaccine production, but one firm that could be affected if the bill passes is Cytovance Biologics.

The contract manufacturing organization (CMO) has microbial and mammalian production capabilities at a site in Oklahoma City, and recently added plasmid DNA (pDNA) capacity. pDNA is used in next-generation vaccines and gene therapies, and so presumably Cytovanceâ€™s business would be impacted if the bill passes.

Cytovance did not respond to this publication when contacted regarding this story.