The 87,000 square-foot Camden facility offers Emergentâ€™s customers clinical and commercial non-viral aseptic fill/finish services across four fill lines. Earlier this year, the plant was visited by the US Food and Drug Administration (FDA) resulting in a Form 483.

During Emergentâ€™s results call on August 1, CEO Bob Kramer said the Camden site is undergoing an enhancement plan including â€śsystems upgrades that reinforce our ongoing commitment to quality and compliance,â€ť which incorporates comments and feedback from the FDA. 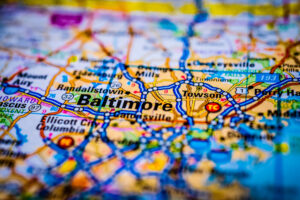 â€śWe’ve had significant interaction with the FDA over the last year or so. In February of this year, they came for an inspection. There was a 483 issued. There were a handful of observations,â€ť he told stakeholders.

â€śWe’re being proactive in terms of taking additional measures in Camden and throughout all of our sites to significantly ramp up our quality and compliance profile and whether that’s through process improvements or training,â€ť he continued. â€śWe’re being pretty aggressive, but we’ll await the additional feedback from the FDA, which we expect in the next probably 30 days.â€ť

And now the feedback has arrived in the form of an FDA warning letter, the contract development and manufacturing organization (CDMO) revealed in an SEC filing.

Received on August 10, â€śThe warning letter cites two areas of deficiencies as follows: Systems for cleaning and maintenance of equipment to prevent contamination of drug product, specifically related to particulates from the metal trays, and processes and practices surrounding aseptic processing,â€ť Emergent wrote in the filing.

â€śIn addition, the FDA recommended the Company review and assess its Quality Management System and engage a consultant with respect to Current Good Manufacturing Practices.â€ť

The full warning letter can be viewed here.

Camden is the second Baltimore-based facility to be hit with regulatory restrictions for Emergent following contamination issues and quality concerns at the CDMOâ€™s Bayview drug substance plant.

The plant received an FDA Form 483 and a directive to stop productionÂ  in April 2021 following an ingredient mix up with around 15 million doses of COVID-19 vaccines being deemed unusable at the time.

However, a House Select Subcommittee on the Coronavirus Crisis believes the incident was far more serious, stating in a report published in May 2022 that nearly 400 million doses of AstraZenecaâ€™s and J&Jâ€™s vaccines destroyed due to Emergentâ€™s failure to meet or maintain quality standards.

For the second quarter 2022, Emergent reported sales from its CDMO business of $243 million, down 39% on the same period last year.

While the $101 million decrease was largely attributed to lower combined revenues from AstraZeneca and Janssen, the firm said it also reflected the impact of reduced production activities at the Bayview facility and, according to Kramer, â€ślimited capacity utilization at the Camden facility in the quarter driven by both the annual maintenance shutdown and activities to strengthen quality and compliance.â€ť