The US Government has contracted Sanofi Pasteur to increase recombinant vaccine capacity at its Pennsylvania plant as part of US efforts to prepare for a flu pandemic.

The US Department of Health and Human Services (HHS) shared details of the six-year, $226 million contract this week.

Sanofi will work with the Biomedical Advanced Research and Development Authority to (BARDA) double capacity at the plant. 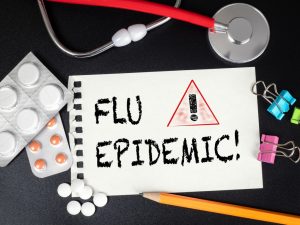 The contract includes options that would see Sanofi retrofit a second facility to make adjuvant; develop an adjuvanted, pandemic influenza vaccine; and grant HHS access to production capacity for up to 25 years.

The HHS said as a result of this agreement, “Sanofi Pasteur could provide nearly 100 million doses of recombinant influenza vaccine for use during a pandemic.”

Sanofi has been building up its recombinant, cell-based vaccine manufacturing capabilities for the past few years. In 2017, for example, it acquired Protein Sciences for $750m.

At the time Sanofi cited Protein Sciences’ Flublok, a recombinant protein-based influenza vaccine approved by the US Food and Drug Administration (FDA), as a driver for the deal.

The latest Sanofi contract was prompted by an executive order issued in September.

According to the order the US vaccine sector’s use of traditional egg-based manufacturing methods is a “critical shortcoming.”

“Most influenza vaccines are made in chicken eggs, using a 70-year-old process that requires months-long production timelines, limiting their utility for pandemic control.”

The Whitehouse said use of vaccine viruses adapted for growth in eggs, could introduce mutations that may render the final product less effective. It also warned fluctuations in egg supply could hamper manufacturing efforts.

In addition to increasing domestic recombinant vaccine production capacity, the executive order tasked the HHS and US Food and Drug Administration (FDA) with encouraging research.

It urged the organisation to support “applied scientific research regarding developing cell lines and expression systems that markedly increase the yield of cell-based and recombinant influenza vaccine manufacturing processes.”

He added “public-private partnerships, such as this one with Sanofi Pasteur, are essential in moving such technology forward.”