The US FDA continues its clampdown on unapproved stem cell therapies but says the pace of progress in making clinics comply is slower than expected.

In November 2017, the US Food and Drug Administration (FDA) laid down a comprehensive regenerative medicine framework aimed at spurring innovation and access to potentially transformative products, while ensuring safety and efficacy for such products.

This included warnings against providers of unapproved and unproven stem cell therapies, and a period of a risk-based approach to compliance set, giving clinics until November 2020 to engage with the agency. 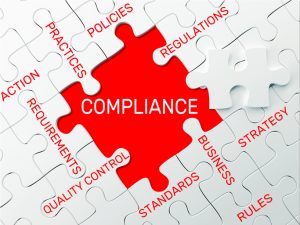 â€śWeâ€™re now nearly halfway through the period during which the agency intends to exercise enforcement discretion for certain regenerative medicine products with respect to the FDAâ€™s investigational new drug application (IND) and premarket approval requirements â€“ but only for those where the use of the product does not raise reported safety concerns or potentially significant safety concerns,â€ť acting FDA commissioner Ned Sharpless said in a statement this week.

â€śThe pace of progress of those offering these human cell and tissue-based products, including stem cell products, to come into compliance with the requirements has been slower than expected.â€ť

His comments came after the Southern District of Florida issued an order stopping two clinics from manufacturing or distributing any and all stromal vascular fraction (SVF) products.

The two clinics represent some of the crackdown on stem cell â€śbad actors,â€ť driven by former Commissioner Scott Gottlieb, who stepped down in April and now sits on the board at Pfizer.

His tenure saw the Agency issueÂ warning lettersÂ as well asÂ seizing unapproved productsÂ made by stem cell clinics,Â and in December 2018 Gottlieb sent 20 strongly worded letters to firms who should have been engaging with the FDA about this issue.

However, a database compiled by Paul Knoepfler of the University of CaliforniaÂ lists over 350 US businesses marketing stem cell interventions directly to consumers, demonstrating the scale of the problem.

â€śWe know that there are clinics across the country that manufacture or market violative stem cell products to patients, claiming that they donâ€™t fall under the regulatory provisions for drugs and biological products,â€ť said Sharpless.

â€śThe FDA has consistently stated that this is not true, and the result of this case proves thatâ€¦ These actors are taking advantage of patients, many in vulnerable positions with chronic or terminal diseases, by leveraging the widespread belief in the eventual promise of these products, flouting the statutes and our regulations.â€ť