The high clinical failure rate of antibody-drug conjugates (ADCs) and the tendency to outsource development have driven both Abzena and MilliporeSigma to launch new service offerings.

The first ADC, WyethŌĆÖs Mylotarg (gemtuzumab ozogamicin) was approved in 2000, but nearly 20 years on there are only a handful of such therapies on the market. However, ADCs remain a viable and financially tempting oncology treatment and according to MilliporeSigma there more than 300 projects in development.

Writing in ADC Directory earlier this year, the firm said 42% of these are in preclinical stage, 19% in Phase I, 11% in Phase II, and 3% in Phase III, and within the next decade five to 10 new ADC commercial launches could occur. 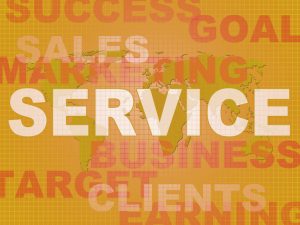 The services firm is an established player in the ADC technology space, but is now launching its ADC Express Services offering, aimed at speeding up the development of such molecules.

The single-source service claims to provides rapid production of ADCs for best candidate selection while establishing a platform technology to reliably scale target molecules. As such, MilliporeSigma hopes traditional antibody firms will be encouraged to enter the space.

ŌĆ£For companies that have a rich pipeline of monoclonal antibodies (MAbs) and want to enter the ADC space, MilliporeSigmaŌĆÖs ADC Express services allows them to obtain ADCs without having to invest in potent handling capabilities. Companies can either bring their own linker technology or procure a linker payload from MilliporeSigma.ŌĆØ

The firm adds more than 70% of ADC projects outsourced to contract development and manufacturing organizations (CDMOs), and thus MilliporeSigmaŌĆÖs offerings support this trend by combining ŌĆ£the crucial steps of drug development and production: MAb solutions, linker, payload and the final conjugation ŌĆö all from a single source.ŌĆØ

Candidate lead selection is associated with significant risk for translation into clinical development and according to the firm, clinical failure of ADCs and biologics targeting oncology are high. Citing the journal Biostatistics (volume 20, issue 2, April 2019, pp273-286), the completion rate for oncology candidates are significantly lower (10-20%) than other targets across the clinical stages.

The ADC Cascade offering looks to improve this by focusing on the early design and developability of lead candidates.

ŌĆ£We have just arranged access to 175,000 well characterized tissues to use in this offering. ┬ĀIt also combines the knowledge of our CEO who is also a MD with the companyŌĆÖs scientific knowledge,ŌĆØ an Abzena spokesperson told this publication.

According to the firm, Cascade will increase target validation with biobank derived patient tissues to identify relevant patient subgroups and enhance lead selection through rational design and cascade approach to evaluate linker and payload combinations.