Having begun to build out its CAR-T network, Autolus says its fully contained, semi-automated manufacturing process will increase efficiencies and reduce costs.

Last June, Autolus Therapeutics raised $150 million (€132 million) in its initial public offering (IPO) with the intention of using some of the funds to support the manufacturing of its personalized Chimeric Antigen Receptor (CAR) T-cell therapy pipeline.

In January, the UK-headquartered firm began building out a commercial manufacturing facility in Enfield, London, and signed a long-term full building lease across the pond in Rockville, Maryland. The London site has a planned capacity to produce 1,000 T-cell therapies annually when it opens in 2020, while the US site – expected to open in 2021 – will have the capacity to treat 5,000 patients. 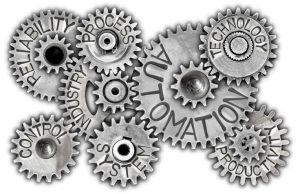 For autologous CAR-T therapies, the process is essentially the product. Therefore, the high cost of production will lead to high prices for patients and healthcare systems. The two commercialized products, Yescarta (axicabtagene ciloleucel) and Luxturna (voretigene neparvovec), have already demonstrated this.

With the high cost of goods sold (COGS) representing to some the greatest threat to the future of CAR-T therapies, Autolus’ CEO Christian Itin described his firm’s strategy this week to up manufacturing efficiencies during its first earnings call following the IPO.

“We collect the cells from the patient and we keep these cells in a contained environment throughout the entire manufacturing process and that obviously reduces handling steps that are manual handling steps and it avoids actually the requirement for costly infrastructure to be able to run an open cell culture type process.”

The second key component is ensuring a level of automation in the manufacturing process, something he said Autolus built early-on into its processes.

“It requires manual loading and offloading, but basically the actual manufacturing process itself is all machine based,” he said. “And that is critical because that allows you to actually get a good level of economies of scale. But more importantly it gives you a high level of consistency across the manufacturing process. And with that a higher quality of the products it can generate.”

Itin added the CAR-T space is still in its infancy and compared it to the early days of the monoclonal antibody space. “Where we are is pretty much at that stage, and that level of overall economics that I think we can definitely provide with our level of manufacturing,” he said.

“As we learned in that particular space is that through a consecutive or consequent improvement on processes and improvements that we do in incremental fashion, that field has moved in an enormous way and basically taken the cost of goods pretty much off the table 20 years later.”