British American Tobacco (BAT) will use its tobacco-based expression technology to make a not-for-profit vaccine candidate targeting the novel coronavirus.

The vaccine candidate has been developed by Kentucky BioProcessing (KBP), the wholly owned subsidiary of the Big Tobacco firm BAT.

ŌĆ£KBP recently cloned a portion of the genetic sequence encoding the selected coronavirus antigen ŌĆō a substance which induces an immune response in the body and the production of antibodies,ŌĆØ a BAT spokesperson told this publication. 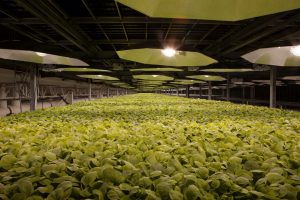 ŌĆ£This sequence was then inserted into tobacco plants for rapid multiplication production and, once the plants were harvested, the antigen was then purified, conjugated with the TMV scaffold (a unique type of adjuvant) and is now undergoing pre-clinical testing.ŌĆØ

The single-dose vaccine being developed is being made using BATŌĆÖs tobacco plant technology, which the company says has several potential advantages over conventional vaccine production technology. These include a safer product, given that tobacco plants canŌĆÖt host pathogens which cause human disease; quicker production resulting in production of a vaccine in six weeks versus several months using conventional methods; and stability of the product at room temperature.

The platform has seen some success with KBP using similar technology to produce the Ebola treatment ZMAPP in 2014 and 2015, using similar technology. To make the treatment, genes coding for the chimeric monoclonal antibodies are inserted into┬Āviral vectors, and tobacco plants are infected with the viral vector encoding for the antibodies, using┬ĀAgrobacterium┬Ācultures.

Furthermore, KBP has worked with the US Food and Drug Administration (FDA) in the past to produce seasonal flu vaccine. ŌĆ£Vaccine development is challenging and complex work, but in 2011 we demonstrated the potential scale of production in producing 10 million seasonal flu vaccine doses in one month,ŌĆØ the firm said. In parallel with the coronavirus vaccine KBPŌĆÖs seasonal flu program will go to Phase I clinical testing from June.

ŌĆ£With our existing facility in Kentucky we will be able to process enough tobacco to manufacture enough antigen for one to three million doses [of a potential COVID-19 vaccine] per week from June,ŌĆØ we were told.

The firm is also looking to work with others to tackle COVID-19, especially around clinical trials and to resolve current bottleneck issues relating to the TMV adjuvant conjugation and final product fill.

ŌĆ£BAT are looking for help from governments to accelerate clinical trials to demonstrate the candidate vaccine is safe and effective. We also need help with downstream manufacturing in terms of TMV conjugation and final dispensing and are open to working with governments and other partners to build scaled up manufacturing.

ŌĆ£This is non-competitive and BAT are open to collaboration with other vaccine producers and share its technology.ŌĆØ

Despite this, the firm says it is set to begin clinical trials in June and start manufacturing in parallel.

ŌĆ£It is impossible to say when it will be available, and this will become clearer when we know what testing governments will require.ŌĆØ

The company added that this is not a commercial opportunity for BAT and will be carried out on a not-for-profit basis.