Following a positive Advisory Committee outcome in June, the US Food and Drug Administration (FDA) granted full approval for Zynteglo (betibeglogene autotemcel, or beti-cel) this week for the treatment of beta-thalassemia in adult and pediatric patients who require regular red blood cell (RBC) transfusions.

The gene therapy, which was approved in Europe in 2019, is a boon for bluebird bio ŌĆō its share price 26% following the news (though this has since dropped) ŌĆō which set out its strategy based on an ŌĆ£innovative commercial infrastructure in collaboration with payers and providersŌĆØ in a conference call. 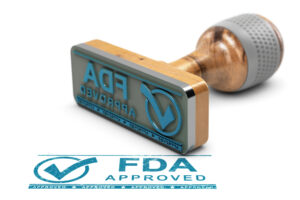 The price has been set at $2.8 million, marking a new high for drug pricing and knocking NovartisŌĆÖs gene therapy Zolgensma (onasemnogene abeparvovec) ŌĆō with a $2.1 million price tag ŌĆō off the top spot. Roche/SparkŌĆÖs gene therapy Luxturna (voretigene neparvovec) costs around $850,000, for comparison.

However, bluebird justified the high price, comparing it with the current standard of care, which consists of patients with transfusion-dependent beta-thalassemia requiring red blood cell transfusions every two to five weeks.

ŌĆ£The lifetime cost of medical care for a patient with transfusion-dependent beta-thalassemia can reach up to $6.4 million in the US and the average total health care cost per patient per year is 23 times higher than the general population,ŌĆØ the firm said.

The approval could be a boon for contract development and manufacturing organization (CDMO) Lonza, which is named in the FDA labeling information as an approved manufacturer of betibeglogene autotemcel drug substance and drug product from its facility in Houston Texas.

The FDA has redacted the manufacturer and location of the BB305 lentiviral vector.

Zynteglo uses a lentiviral viral vector to add functional copies of a modified ╬▓-globin gene into a patientŌĆÖs own stem cells, addressing the underlying genetic cause of patients for whom a related donor for stem cell transplantation is not available.

While Minaris (previously apceth) is a named CDMO supplying lentivirus for the EU market, the company did not confirm when contacted whether it is involved in US supply.

However, Resilience could gain from ZyntegloŌĆÖs approval, after the CDMO acquired bluebirdŌĆÖs own lentiviral vector plant in Durham, North Carolina for $110 million.

Bluebird bought the 125,000 square-foot facility in November 2017, and invested $80 million into it to support its gene therapy programs, but sold it last year as part of a company restructure. Under terms of the sale, Resilience was to support bluebird and 2seventy bio, bluebirdŌĆÖs oncology cell therapy spin-off with guaranteed access to lentiviral vector manufacturing for current and future pipeline programs.