Gene therapies will help drive growth says Catalent, which reiterated its confidence despite recent setbacks in the sector.

The contract development and manufacturing organization (CDMO) spoke about its growing gene therapy business during its first quarter earning call last week, explaining it is seeing ongoing â€śelevated demandâ€ť for this type of work.

Revenue generated by Catalentâ€™s biologics business â€“ which covers biopharmaceutical manufacturing as well as cell and gene therapy production â€“ was $377.1 million in the first quarter of fiscal 2021, up 100% on the comparable period in fiscal 2020. 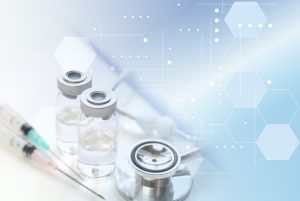 CFO Wetteny Joseph told analysts â€śWell above half of the 83% organic growth in the segment was non-COVID related and also gene therapy was a significant contributor to the growth in the business from revenue perspective.â€ť

Catalent ramped up its efforts in the gene therapy space last year when it acquired Paragon Bioservices for $1.2billion. Since then it has signed manufacturing deals, most recently with Taysha Gene Therapies.

The CDMO has also announced plans to invest $130 million to increase capacity at its gene therapy campus in Harmans, Maryland.

John Chiminski told analysts the expansion is progressing, explaining the project will add five Phase III and commercial-scale manufacturing suites as well as cold-storage warehousing in the first half of calendar 2022.

â€śWhen this project is completed, the BWI campus will house a total of 15 gene therapy manufacturing suites, each designed to accommodate multiple bioreactors for commercial supply.â€ť

US FDA approval for Spark Therapeuticsâ€™ Luxturna promoted increased interest in the sector, which accelerated when Novartisâ€™ Zolgensma was cleared last year.

More recent gene therapy news has been less positive. In August the agency issued Biomarin with a complete response letter for its hemophilia therapy valoctocogene roxaparvovec.

And last month the FDA said it will not let Voyager Therapeutics start a first-in-human trial of its Huntington’s disease gene therapy until it known more about how the gene therapy is made.

Despite the setbacks â€“ and others faced by Solid Biosciences and Novartis – Chiminski said Catalent is confident about the gene therapy space.

â€śI would say there’s very specific factors involved in a couple of those cases that came out and doesn’t change either our outlook on the space or the activity that we have in the gene therapy business,â€ť he said.