Catalent says the integration of Paragon Bioservicesâ€™ gene therapy assets is progressing ahead of expectations. The CDMO reported quarterly sales in its biologics division of $189 million.

For the first quarter of fiscal year 2020, Catalent reported revenues of $665 million (â‚¬600 million). For the contract development and manufacturing organizationâ€™s (CDMO) biologics division the quarter saw sales of $189 million, up 50% on the same period last year.

Catalent has grown its biologics offering over the past few years, investing in its antibody production sites in Wisconsin and Indiana, but a major driver of the jump in revenues was the acquisition of gene therapy CDMO Paragon Bioservices. The $1.2 billion deal, announced in April, closed in May and added adeno-associated virus (AAV) vector production capabilities to Catalentâ€™s arsenal, propelling it into the gene therapy space. 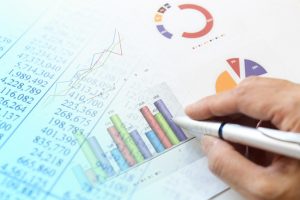 â€śThrough the acquisition and the related acquisition of additional gene therapy assets in late July, we have gained new expertise and capabilities in one of the fastest growing therapeutic areas in healthcare,â€ť Catalent CEO John Chiminski told stakeholders on a call. In July, the CDMO inked an $18 million deal to take over the leases of two facilities in Rockville and Gaithersburg, Maryland from Novavax.

The integration of the gene therapy assets is â€śprogressing ahead of our expectations,â€ť he continued, adding the â€śbusiness is performing well out of the gate and the expected positive impact of the gene therapy business on our future revenue and EBITDA profile will deliver highly compelling value to shareholders as evidenced by the increase in our expected long-term revenue growth outlook from 4% to 6% to 6% to 8%.â€ť

Baird Equity Research analyst Evan Stover estimated Paragon bought in $57 million worth of sales to Catalent in the quarter.

â€śEBITDA margin started out below full-year guidance,â€ť he said in a note, adding that this is primarily due to the tuck-in of Novavax assets. FY20 visibility remains strong, driven by highly committed backlog of clinical business. Integration is progressing ahead of schedule.â€ť

Catalent also announced it has changed the components of three of its four operating segments including its biologics division.

According to Stover: â€śPresenting a stand-alone Biologics segment allows better visibility into core trends in Catalentâ€™s fastest-growing business,â€ť and â€śpreviously Biologics growth was obfuscated by small molecule specialty fill/finish in the segment.â€ť