Cell and gene therapy developers have yet to address delivery, production and safety challenges but progress is being made.

The conclusion came from RBC Capital Markets, which published analysis of trends in the cell and gene therapy sectors this week.

According to executives quizzed by the market research firm, the biggest challenges that modern gene therapy firms face are pretty similar to those encountered by pioneers in the field a couple of decades ago. 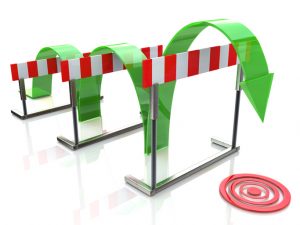 He cited things like delivery, dose optimization, and safety as key for the gene therapy industry, noting ŌĆ£that research and development addressing such barriers are in the works.ŌĆØ

Abrahams added changing expectations from a US Food and Drug Administration (FDA) that has more experience with gene therapies are positive for the sector, particularly large companies with the funds to adapt their operations.

ŌĆ£Larger companies have the experience and capital to coordinate the complex development pathway in gene therapy and align analytics, manufacturing, and clinical trial design to enable commercial success, while smaller biotech and academic spinouts may be at a slight disadvantage.ŌĆØ

Manufacturing remains the biggest hurdle for developers working in the cell therapy space.

In a separate note Abrahams suggested, ŌĆ£Manufacturing and general CMC issues remain critical for successful development of cell and gene therapies,ŌĆØ adding that ŌĆō again ŌĆō there are signs of progress.

ŌĆ£Cell and gene therapies are evolving fields and CMC and bioanalytic assays are evolving simultaneously toward improved methods and processes.

ŌĆ£As the field matures, the percentage of assets that are close to regulatory filings is increasing and regulators are applying stage-appropriate rules on the books including those surrounding potency assays and other CMC protocols,ŌĆØ he wrote.

AbrahamsŌĆÖ analysis suggests cell and gene therapy developers can learn from the antibody industry, particularly in terms of how it interacts with regulatory agencies like the FDA during manufacturing scale-up.

ŌĆ£Cell and gene therapies should be expected to be held to the highest of standards and FDA is simply applying rigorous standards to later-stage assets as the Agency has for other advanced biologics ŌĆō including antibodies ŌĆō in the past.ŌĆØ

He also pointed out that ŌĆ£many of FDAŌĆÖs CMC regulators started in the monoclonal antibody industry and are cognizant of pitfalls related to rapid scaling.ŌĆØ