Biopharma interest in cell and gene therapies is increasing. Products like Kymriah, Luxturna and Yescarta are the tip of an R&D iceberg according to PhRMA, which says around 300 such treatments are in development.

The trend has been well received, with various groups suggesting it will yield treatments for untreatable conditions (see here, here and here, for examples). Investors have also welcomed the surge in R&D, citing the revenue potential of cell and gene therapies. 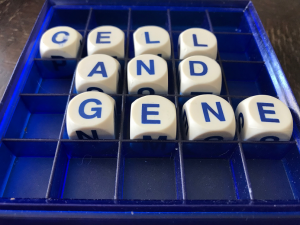 But for cell and gene therapies to fulfill their potential industry needs to address some manufacturing challenges according to Clive Glover, director of strategy at Pall Biotech.

â€śAlternative therapy types such as cell and gene therapy which have different needs compared to recombinant protein and monoclonal antibody (mAb) production which has driven this field for the past 20 years.

â€śFor example, viral vectors manufacturing is generally done in adherent format and requires transient transfection. Standard stirred tank reactors are not well suited to this particularly at large scale, so we seek to optimize the process and overcome scalability challenges,â€ť Glover told us.

Viral vectors are hollow viruses that can carry genetic material. Cell and gene therapy developers use them to insert genes into cells.

Making vectors is time consuming and costly. In addition, as the Alliance of Advanced Biomedical Engineering (AABM) pointed out, there are not enough production facilities to satisfy biopharma demand.

Tech limitations â€“ particularly the fact stirred tank bioreactors (STR) are not suitable for the culturing of adherent cells â€“ are also a constraint according to Glover, who says Pallâ€™s R&D team has taken this need into account.

â€śWhile it is difficult to translate adherent production to suspension production, 500 m2 is roughly equivalent to 1,500 L of suspension culture, almost the same as the largest single-use STR. When you combine this scalability with the quality of virus coming from these bioreactors, they provide a compelling method to scale up viral vector production.â€ť

â€śIn ten years from now the continuing efforts in cell line and process development, process development will be further realized. Productivity will be maximized to drive down costs, which will help to drive further evolution for all biotech equipment towards continuous processing.â€ť

But cell and gene therapies are not be the only influence. The separate needs of monoclonal antibody (MAb) developers will also drive development of new technology says Capone.

â€śCustomers need solutions to address pain points in setup and process that traditional stainless steel bioreactors have not been able to fully address.

â€śWhether it is to maximize the ease of use of a system at large scale, mitigate operator intervention through automation, or integrate additional process features to allow for more robust processing capabilities, single-use bioreactors offer this level of flexibility and innovation at a commercial scale.â€ť

Quality concerns will also impact technology development according to Capone, who says compliance with stricter regulator standards is the major driver.

â€śAdherence to cGMP is extremely important to mitigating risk for batch vulnerability to a contamination or failure, and you do see this pain point being addressed by single use bioreactors on the market.

â€śAs these technologies continue to evolve, there is greater flexibility and ease of application being designed in with a critical focus on meeting and exceeding regulatory standards. Equipment manufacturers can only benefit by staying ahead of the industry trends and taking these considerations into account during development.â€ť