Interest in antibody drug conjugates (ADC) is surging with more combined MAb and warhead candidates entering clinical trials than ever before.

The biopharmaceutical industry has had a difficult few years with ADCs.

There have been successes like Besponsa (inotuzumab ozogamicin) â€“ which Pfizer cited as a driver in 2018 â€“ and Roche and Seattle Geneticsâ€™ Polivy (polatuzumab vedotin-piiq) which won fast-track approval in the US this year. 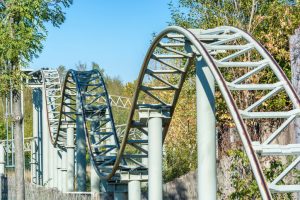 Likewise, Kadcyla (trastuzumab emtansine) â€“ also made by Roche – has been cleared for new indications since it was first approved in 2013.

But there have also been ADC failures. Just ask Abbvie.

In 2016, AbbVie spent $5.8bn to acquire Stemcentrx, citing its candidate lung cancer ADC Rova-T as a major driver. However, in August Abbvie halted development after the drug demonstrated no survival benefit.

Then there is Pfizerâ€™s Mylotarg (gemtuzumab ozogamicin), which is perhaps the best example of the ebb and flow seen in the ADC sector.

Wyeth and partner Celltech first won approval for Mylotarg in 2000 when the US Food and Drug Administration (FDA) cleared it for acute myeloid leukemia (AML).

But in 2010 Pfizer â€“ which bought Wyethâ€™s pharmaceutical business in 2009 â€“ pulled Mylotarg from the market, citing questions about its safety and clinical benefit.

However, in 2017 Pfizer successfully sought re-approval for Mylotarg at a lower recommended dose, different schedule and in a new patient population.

Clearly developing ADCs is not straightforward.

However, industry has far from given up on such products says Jia He, senior analyst at consulting firm Beacon Targeted Therapies.

â€śADCs are experiencing a resurgence of renewed faith in the therapy. Weâ€™ve seen more trials initiated and ADCs enter the clinic this year than in previous years,â€ť He said, explaining that 45 started clinical trials in in 2017 and 73 in 2018.

She added that, â€śThe ADC market as of October 2019 stands at 226 assets in development, 88 in the clinic and 178 at the preclinical stage with 75 trials being conducted currently year to date.â€ť

Whether many, or any, of these candidates wins approval remains to be seen.

Some developers have already had second thoughts He says.

But there is also reason for optimism He says, highlighting Daiichi-Sankyo and AstraZenecaâ€™s DS-8201, Seattle Genetics and Astellasâ€™ enfortumab vedotin and ImmunoGenâ€™s mirvetuximab soravtansine as drugs to watch.

Resurgent interest in ADCs is having a wider impact according to He, who cites Rocheâ€™s successful expansion of Kadcylaâ€™s indication as a driver of technology development.

â€śAfter the clinical success of Kadcyla, it was clear that HER2 targeting MAbs would become a popular antibody choice for ADC developers. Itâ€™s triggered development into novel linkers and payloads with varying mechanisms of actions.â€ť

As yet few second generation candidates have entered trials according to He, who told us â€śthe clinic is still dominated by first generation techniques that deploy stochastic conjugation to multiple natural lysines or cysteines on mAbs.