Gilead, which has already seen success with an autologous CAR-T therapy, says it hopes to submit an Investigational New Drug (IND) request for an off-the-shelf product in 2019.

Yescarta is an autologous product, meaning it is made from a patientâ€™s own cells. After isolating peripheral blood mononuclear cells â€“ including T-cells â€“ from the patientâ€™s white blood cells, they are sent to the firmâ€™s manufacturing facilities for proliferation and transduction with a retroviral vector. Once the CAR sequence is introduced into the patientâ€™s T cells, they are grown in cell culture bags, washed and sent back to a clinical center to be administered back into the patient. 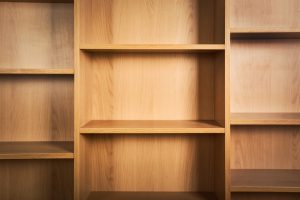 AFter success with an autologous CAR-T product, Gilead is aiming for ‘off-the-shelf’ therapies. Image: iStock/Bulat Silvia

Speaking at the Evercore ISI HealthCONx Conference 2018 last month, John McHutchison, chief scientific officer and head of R&D, said Gilead has an allogeneic program and is hoping to submit an IND application to the FDA next year.

â€śWe have our own allogeneic program. Many of the things that we brought in-house after the acquisition of Kite was for that particular approach,â€ť he said.

Allogeneic cell therapies come from healthy donor cells or from renewable stem cells and aim to provide a treatment option that can be accessed directly within an oncology infusion center, reducing the time to infusion for patients.

â€śItâ€™s early days, it’s preclinicalâ€¦ but we are encouraged and if things go according to plan I am hopeful that the organization could file an IND next year.â€ť The candidate would be for the same target as Yescarta, CD19, it was confirmed.

He noted Gileadâ€™s allogeneic platform was brought about by its collaboration with Sangamo Therapeutics. The potential $3 billion deal struck in FebruaryÂ gives Gilead/Kite access Sangamo’s zinc finger nuclease (ZFN) technology to modify genes for both autologous and allogeneic cell therapies.