Kite Pharma says it is looking to secondary suppliers and other risk mitigation measures to manage its cell therapy cold chain supply amid a growing production network.

Since opening a 43,500 square-foot manufacturing plant in Santa Monica, California in 2016, Kite Pharma – and Gilead Sciences, which acquired the firm in October 2017 – has rapidly expanded its production network, to support supply of its chimeric antigen receptor (CAR) T-cell therapy Yescarta (axicabtagene ciloleucel).

In May 2018, the firm opened a 117,000 square-foot facility in Amsterdam, The Netherlands to support production in Europe. And so far this year, Kite has laid plans to construct a facility in Frederick County, Maryland expected to begin commercial production by late 2021, while in July it was announced a 67,000 square-foot facility will be built within Gilead’s site in Oceanside, California to supply viral vectors. 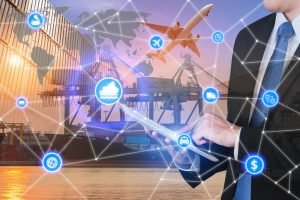 Meanwhile, Kite has been increasing its network of apheresis center to administer the cell therapy, and in an SEC filing in 2017 the firm said it is targeting “70-90 key transplant and lymphoma centers” in the US alone.

But as Yescarta sales grow and the firm expands, the complexity of Kite’s supply chain also increases.

At Biotech Week Boston in September, Kite said that up until now the cell therapy maker has been growing together with its suppliers but going forward more suppliers will be brought on board to mitigate the risks of the critical supply chain.

“We’ve scaled up with the same suppliers that we started with in our clinical trials and we’ve helped those suppliers develop themselves into more robust GMP service providers. I think the whole industry is growing in that regard right now because it’s been so new,” Craig Vermeyen, senior manager of Packaging Engineering at Kite, told Bioprocess Insider reporter Sarah Lintern.

“We are now starting to look at second sourcing suppliers and other risk mitigations to ensure for the future as our volumes continue to grow [that] we have opportunities for new suppliers that may offer benefits that our current suppliers don’t.”

The nature of autologous cell therapy manufacture means supply chain efficiency is more critical than other types of therapeutics, and risk is a major part of the job said Vermeyen.

“We have robust risk management procedures at Kite as an organization; our department participates in risk assessments for all new processes. We put together failure mode effects analysis and other process-based risk tools to ensure that we’ve identified the possibilities of risk all the way throughout the process, and then we have a quality system to implement corrective actions, preventative actions, for any deviations or product complaints that we, still, are finding along the way. So I think the risk mitigation strategy goes into every decision we make at Kite.”