With its next-generation CAR-T manufacturing platform, Novartis told JP Morgan Conference delegates it has no plans to move into the allogeneic space.

Novartis is one of the pioneers in the chimeric antigen receptor (CAR) T-cell space, bringing the first therapy to market in the US in 2017: Kymriah (tisagenlecleucel), a treatment for B-cell acute lymphoblastic leukemia (ALL).

Since then, a handful of other cell-based gene therapy products have been approved by the US Food and Drug Administration (FDA) but all have been autologous, meaning they are manufactured using a patientŌĆÖs own cells, which are collected via apheresis, engineered, and then reinfused back into the patient. 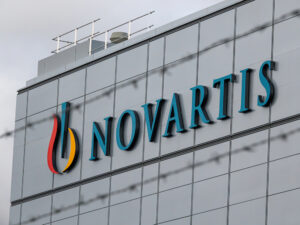 The patient-specific nature of these therapies creates numerous manufacturing and logistical challenges, and the difficulty in scale-up threatens to keep such therapies cost-effective. The target turnaround time for manufacturing Kymriah in the commercial setting is 22 days, for example, while the process of transforming a patientŌĆÖs T cells into GileadŌĆÖs Yescarta (axicabtagene ciloleucel) T-cells can take two to three weeks.

Thus, many companies are viewing allogeneic ŌĆō or off-the-shelf ŌĆō therapies as a more efficient way to meet cell therapy demand going forward as these potential products are derived from a universal donor and, theoretically, can be scaled-up in the manner of traditional biologics. However, such an approach has its own hurdles including difficulty in stopping the bodyŌĆÖs immune rejection of allogenic cells.

So far, there are no allogeneic CAR-T therapies available ŌĆō the EU did approve the worldŌĆÖs first allogeneic T-Cell immunotherapy in the form of Atara BiotherapeuticsŌĆÖs Ebvallo (tabelecleucel) late last year ŌĆō but Big Pharma firms including Gilead, Roche, and Pfizer (through its Allogene investment) have made moves in the sector.

But Novartis has not and will not, CEO Vasant Narasimhan told investors at this weekŌĆÖs JP Morgan Healthcare Conference in San Francisco. Instead, the firm is looking to optimize its autologous CAR-T platform as a viable alternative to the production benefits allogeneic could offer.

ŌĆ£We’ve made a real breakthrough on cell therapy manufacturing,ŌĆØ he said, referring to the T-Charge platform launched at the American Society of Hematology Annual Meeting (ASH) in December 2021.

According to the firm, the T-Charge platform preserves T cell stemness (the ability to self-renew and mature, resulting in a product containing greater proliferative potential and fewer exhausted T cells. The CAR-T cell expansion occurs primarily within a patientŌĆÖs body and so eliminates the need for an extended culture time ex vivo.

ŌĆ£We believe once we fully optimize it, we can bring it down to a seven-day manufacturing process,ŌĆØ said Narasimhan. ŌĆ£And on seven days, we think that is attractive enough in terms of the scale that we have that we wouldn’t need move into any sort of allo-based technologies.

ŌĆ£We restate the course on autologous-based therapies. We think that we can scale that now at the volumes that you would need,ŌĆØ he continued. ŌĆ£We’ve had multiple rounds of FDA inspections, and we think we’ve now gotten over the hump in terms of really having a sustainable manufacturing model for cell therapies.ŌĆØ