As industry looks to smaller sized proteins and engineered scaffolds, Pfenex believes its expression technology will make it a significant player in the space.

For its first quarter 2019, Pfenex reported a 177% jump in revenues year-on-year to $10.4 million (€9.2 million), attributed to milestone payments and recognition of deferred revenues from its PF708 partners, and increased sales of its CRM197 product.

Lead program PF708 is a recombinant protein form of parathyroid hormone with a PDUFA date of October 7. The candidate – classed as a biosimilar in Europe but being filed in the US as a therapeutic equivalent to Eli Lilly’s osteoporosis drug Forteo (Teriparatide (rDNA origin) via the 505(b)(2) pathway – is produced using the Pfenex Expression Technology platform based on the bacterium Pseudomonas fluorescens. 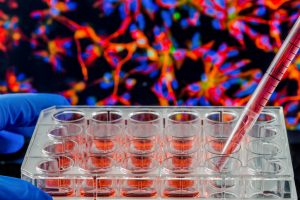 CRM197, meanwhile, is a genetically detoxified form of diphtheria toxin used as a carrier protein for conjugate vaccines and Pfenex has several deals in place with firms including Merck & Co. and the Serum Institute of India. Like PF708, CRM197 is also produced using the Pfenex Expression Technology platform.

During a conference call to discuss results, CEO Eef Schimmelpennink described the proprietary technology platform as the cornerstone of its programs, yet “despite our successes thus far, we believe that the full potential of this patented platform technology is yet to be fully realized.”

He told investors the firm has developed numerous types of modalities and is experienced in achieving proof of concept quickly, which will place Pfenex in good stead with a new wave of protein therapeutics being developed.

“With the currently approved drugs targeting only a small subset of proteins linked to a disease, we believe there is a large drug development opportunity still out there. For many of these targets, the industry is increasingly focusing on smaller sized proteins and engineered scaffolds to achieve biological activity on them,” he said.

“Interestingly, it is especially these type of modalities that Pfenex believes it is highly capable of developing. I believe this presents a great opportunity for Pfenex to become a significant player in this new wave of biologics. Developing these products fits our strategy of expanding our portfolio of partners and wholly owned products very well.”

Schimmelpennink added that while “whole length monoclonal antibodies will always continue to be a focal point for the industry,” small proteins, bi-specifics, fragments and scaffolds are coming into the fold and Pfenex has experience in producing them.

This leaves Pfenex in “a very promising position to be part of that wave,” he said, “both in partnership with other companies that are moving in that direction as well as potentially on our own.”