Pfizer set out a busy programme of biosimilar launches in its Q3 call and shared its thoughts on the “rebate trough” and other challenges facing the US market.

Pfizer finished the three months to the end of September with income of $7.7 billion (€7 billion) – up 87% on the year earlier quarter – and revenue of $12.7 billion, which is down 5% year-on-year. 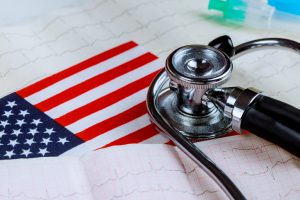 The revenue decline was due to Pfizer’s decision to merge its consumer unit with GSK’s healthcare business in the summer. The move – combined with negative currency fluctuations – reduced sales by $618m.

Excluding the merger and currency factors Pfizer’s revenue would have been flat for the period.

Sales of the autoimmune disease drug Enbrel were down 18% which, according to Pfizer, was due to the impact of biosimilar competition in Europe.

Pfizer also shared details of its own biosimilar programme, with CEO Albert Bourla outlining a busy winter of product launches.

He told analysts on the Q3 call: “We now have US launch days for three of our biosimilars recently approved by the FDA.

Zirabev is a biosimilar to Roche’s Avastin (bevacizumab), Ruxience is a version of Roche’s MabThera/Rituxan (rituximab), and Trazimera is a biosimilar referencing – once again – Roche’s Herceptin (trastuzumab).

In addition, Bourla spoke about the challenges that face the US biosimilar market. He suggested that while payers see the cost saving potential of such products, the “rebate trough” is holding back uptake.

“Payers overall they do see the benefit of using biosimilar… they are trapped because they are going to lose the benefits or the rebates that the originator is offering.”

“And I think, frankly, that unless we resolve this big issue, we will never be able to see tremendous progress on biosimilars,” Bourla said.

“And I think that there is positive momentum on that, but still I agree, to be able to see transformational change in the penetration of biosimilars, so the health care system can see real lives.”

This viewpoint was echoed by Angela Hwang, group president of Pfizer Biopharmaceuticals. She cited Retacrit – a biosimilar to Janssen’s Procrit (epoetin alfa) – as an example of things moving in a positive direction in the US.

“To date, it [Retacrit] has a 16% market share, which is the highest that we’ve seen of any biosimilar here in the US and… that’s given us the opportunity to learn about what it will take to launch oncology biosimilars as well as what we can expect in this particular space.”

“So I think with the three biosimilars coming within – one after the other December, January, February of end of this year, we look forward to driving the growth of this portfolio of biosimilars in an area of high unmet need for patients.”