Efforts to combat COVID-19 were aided by a platform-based approach says Regeneron, which cites its mAb and cell line technologies as key to the process.

REGEN-COV, Regeneron’s antibody cocktail reduces the risk of COVID-19-related hospitalization and death by 71 percent and lowers viral loads faster than a placebo according to data recently published in the NEJM.

REGEN-COV is a combination of casirivimab and imdevimab. It was developed in less than a year, which is much faster than comparable therapies. Typically, antibody-based drugs take between six and eight years to bring to market. 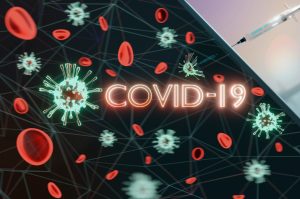 The key to the shorter timeline was a platform approach according to Hanne Bak, Regeneron senior vice president, pre-clinical manufacturing & process development.

She told delegates at the BPI hybrid conference in September work on REGEN-COV began in 2020 with a clear aim in mind.

â€śWe wanted to have two potent neutralizers with breadth against known variants of the [SARS-CO-2] spike protein. We wanted a cocktail. So we didn’t have any issues with escape mutants.

Development of REGEN-COV began on February 5, 2020, days after the SARS-CoV-2 sequence was published.

Regeneron used its Velocimmune mouse platform to generate 3,000 antibodies against the virus. Ninety-two of these antibodies were then isolated and cloned into CHO cell lines so they could be stably produced for further screening. Lead selection took place on April 15 with the first clinical trials beginning in June.

â€śSo in 56 days from we had selected the lead antibodies, we had protein out the door that we had a green light from the FDA to put into patientsâ€ť Bak said.