It has been nine years since Samsung BioLogics entered the third-party biologics space, in which time it has brought two commercial biomanufacturing facilities online with a third expected to be fully validated by the end of this year.

When operational, the firm’s site in Incheon, South Korea will boast a total of 362,000 L of stainless steel capacity. 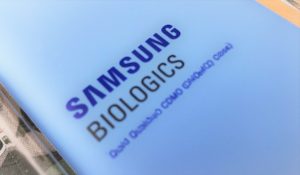 But talking to this publication at the BioProcess International Conference in Boston this month, the contract development and manufacturing organization (CDMO) is eyeing up smaller scale investments – in terms of capacity at least – as it looks to respond to customer demands.

While the decision is not fully set in stone, the firm is beyond the early stages of discussions and could venture into the space within the next few months, encouraged by demand from a specific (and unnamed) client.

“Our CEO Dr TH Kim has said stem cells is the next big field so we intend to expand a lot in that direction,” she said, adding a move into the space will “probably begin by the end of this year.” 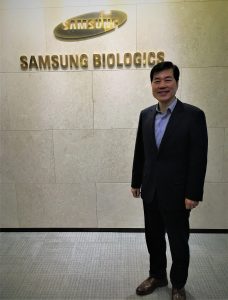 Once a decision to move forward with the project is taken, Samsung BioLogics will look to allogeneic, or off-the-shelf, cell therapy products because “if these are successful then they will require bigger capacity [compared to autologous products],” something the CDMO has plenty of.

“We need to invest both in staff and technology. Stem cells are unique in terms of technology and experience needed,” Young Yang said.

According to reports, there are over 850 companies worldwide developing regenerative medicine with more than 900 clinical trials underway. Other CDMOs including Lonza, Fujifilm and WuXi Apptec have expanded their services to feed the growing demand for cell therapy services.

But now the firm is taking a look at single-use, with plans to install two 1,000 L systems in plant number two to aid customer projects in Phase I/II.

“These will be ready from November 2019,” said Young Yang, who added these are strictly for customers looking for clinical manufacture before scaling-up to Samsung BioLogics’ larger stainless steel capacity. However, the firm is evaluating whether to make the move into single-use for commercial production in the future. 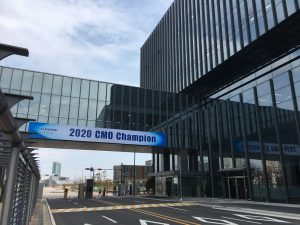 “Single-use worldwide is only around 10% of total capacity for large-volume goods, while for lower-volume products in the 500 to 2,000 L range this rises to about 50%,” we were told. “Our analysis shows that it only makes commercial sense to use single-use for a product with volumes less than 8,000 L per year.”

Samsung BioLogics is still evaluating which single-use bioreactors to install but has narrowed it down to either systems from GE Healthcare or MilliporeSigma.

The expansion of its clinical service is a further push to become a one-stop provider of biologics services, and comes six months after the firm announced it was moving into cell line development.

According to Young Yang, there are five customers already on the books for cell line development services: Two Korean firms, and three US-based companies.