To support these developmental programs, the firm adopted two years ago what it calls ŌĆ£a hybrid manufacturing modelŌĆØ combining third-party capacity and expertise with investments in its own infrastructure. 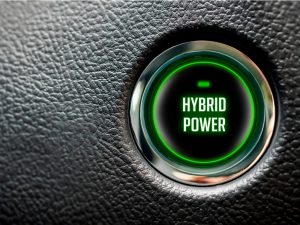 ŌĆ£What we realized earlier was that in this nation field of gene therapy manufacturing, if we really want to move fast, and we have to move fast, by the way, right because we have therapies that can save lives, and we’ve got to get those therapies to kids,ŌĆØ SareptaŌĆÖs CEO Doug Ingram said at the recent Bank of America Napa Healthcare Conference.

ŌĆ£We could either slowly build up expertise and manufacturing capacity, or we could associate ourselves with those who already have some expertise, allow them to be the landlord, build out the sort of the brick-and-mortar of this for us, while we build the expertise internally. And that’s what makes it hybrid.ŌĆØ

In 2018, the firm inked a deal with Brammer Bio ŌĆō now Thermo Fisher ŌĆō for a dedicated clinical and commercial freestanding single-use facility in Lexington, Massachusetts. The same year, the firm secured a deal for Paragon Bioservices ŌĆō now part of Catalent ŌĆō to provide scalable capacity for its micro-dystrophin and future programs. FranceŌĆÖs Yposkesi, meanwhile, is another contract development and manufacturing organization (CDMO) on SarpetaŌĆÖs books, providing AAV type viral vector material for another micro-dystrophin candidate, GNT0004, being developed with Genethon.

ŌĆ£But equally important, we have hundreds of employees focused on Tech Ops at Sarepta now. And we have expertise in process development and analytical development for gene therapy that I think is second to none already after two years,ŌĆØ Ingram said. ŌĆ£So the hybrid model is serving us well.ŌĆØ

Last year, Sarepta opened its own Gene Therapy Center of Excellence in Columbus, Ohio and earlier this year the company announced plans for a gene editing center of excellence in Durham, North Carolina.

This inhouse growth has been predominantly in the process and analytical development space, which the firm says is ŌĆ£crucial to the enduring nature of a gene therapy engine,ŌĆØ but the natural question now is whether the firm will look to build its own manufacturing facilities.

ŌĆ£The short answer to that is while it isn’t necessary it would likely be part of the flight path forward,ŌĆØ said Ingram.

ŌĆ£One of the values of having our own facility from a pure manufacturing perspective is it probably would provide us additional flexibility in times of crunch times, speed of action. But it will not change the current model because we’ll still need this hybrid model with partners as well because we have a voracious appetite for manufacturing capacity.ŌĆØ