Around 200 patients have so far been treated with Onpattro (patisiran), the first approved RNA interference (RNAi) drug, bringing in $12.5 million for Alnylam.

In August 2018, the US Food and Drug Administration (FDA) and the European Commission (EC) approved Alnylam Pharmaceuticals’ Onpattro for the treatment of the polyneuropathy of hereditary transthyretin-mediated (hATTR) amyloidosis in adults. The approvals heralded in a new class of drugs: small interfering ribonucleic acid (siRNA) treatments.

Onpattro works by silencing a portion of RNA involved in producing an abnormal form of the protein transthyretin (TTR). It uses Alnylam’s Lipid Nanoparticle (LNP) technology platform to deliver the drug directly into the liver. 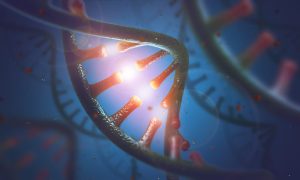 “We launched immediately in The United States after the August 10 approval, where we had boots on the ground that Monday and we had drug ready to be shipped within 48 hours as we committed,” Alnylam’s president Barry Greene said on a conference call to discuss results.

Onpattro has a list price of $450,000 per patient per year for the average patient, though according to Forbes Alnylam is offering a money-back guarantee for insurers.

Looking forward to 2019, the firm is looking to build significantly on this launch through value-based agreements (VBAs) with commercial payers in the US and market access efforts in the EU, along with a marketing campaign.

“Post-launch we’re hitting many anecdotal stories from patients and physicians about their positive experience with Onpattro,” said Greene.

“We believe these positive patient and positive physician experiences will contribute to raising awareness, improving diagnosis and supporting earlier treatment of ATTR amyloidosis patients with polyneuropathy.

“With that in mind, we launched the new promotional campaign that highlights Onpattro’s ability to avert the polyneuropathy manifestations of ATTR amyloidosis as demonstrated in addition to other benefits in the APOLLO Phase III study. We believe this effort will help highlight the clinical benefits and unique characteristics of Onpattro.”