VectorY Therapeutics will use a portion of its recent â‚¬31 ($37) million seed financing to construct a plant in The Netherlands to support its vectorized antibody gene therapy candidates.

The biotech, which launched in October 2020 at the Amsterdam Science Park in The Netherlands, secured â‚¬31 million through the funding round led by a syndicate that included Forbion, BGV, and Eli Lilly and Company.

The money will be used to both establish preclinical proof of the firmâ€™s concept for vectorized antibodies in target indications of ALS and Alzheimerâ€™s, as well as setting up manufacturing operations in the vicinity of the Amsterdam/Leiden area, to be ready from 2023. 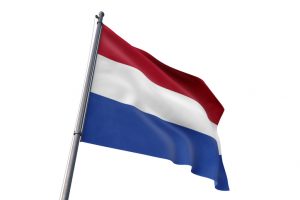 â€śWe will be using a significant amount of money on process development around developing more stable and scalable production methods,â€ť Alexander Vos, the newly appointed CEO of VectorY, told this publication.

â€śIn addition, some investment will be made in establishing our dedicated manufacturing capability, however we will do this in collaboration with a CDMO partner, in order to minimize our investment and operational cash outlays.â€ť

The specific investment amounts have not been divulged at this time.

VectorYâ€™s pipeline of vectorized antibodies are based on its adeno-associated viruses (AAV) platform and antibody-based targeted degradation technologies.

â€śRather than using traditional antibodies injected into the body to stimulate or block a pathological effect, we intend to use the power of viruses (i.e. viral vectors) to deliver the genetic code for such antibodies into these hard-to-reach target tissues and stimulate the cells to make the antibodies locally inside the cell, using these as the effective factory for these therapeutics,â€ť Vos told us.

â€śWe intend to work together with the leaders in the antibody field, leveraging their know-how and combined that with our understanding of vector technology and gene therapy to design effective therapies. In other words, we will make making tissue and target specific vectors, so that the antibodies will be preferentially expressed in the intended tissues.â€ť

Already one such collaboration has been established, though Vos did not divulge the partner.