WuXi ATU has opened a testing facility in Philadelphia, US to cater for growing demand for the cell and gene therapy sector.

The new test center expands the campus that WuXi ATU ŌĆō a subsidiary of WuXi AppTec ŌĆō established late in 2020.

A company spokesman told us ŌĆ£The new Philadelphia facility will enable us to triple our capacity for critical tests related to the characterization of lentivirus and adeno-associated-virus (AAV) products such as replication competency (RCL and RCAAV assays) and titer (Infectious titer assay) methods, and for the characterization of cell therapy products such as potency assays and flow cytometry-based cell phenotyping assays.ŌĆØ 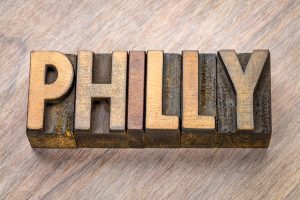 Wuxi has a long history in Pennsylvania which, combined with proximity to its customer base, made it the obvious choice for the new facility according to the spokesman.

ŌĆ£We have been in the Philadelphia area for over two decades and have grown to be the largest tenant in PhiladelphiaŌĆÖs Navy Yard, occupying more than 400,000 square feet, which includes our recent site expansion that has been constructed to serve as a dedicated testing facility.

The Philadelphia opening follows a few months after WuXi ATU opened a testing, process development and manufacturing services centre in Lin-gang, near Shanghai.

China has been an important driver of late. According to the firmŌĆÖs third quarter results presentation revenue for the period declined 5.2% to RMB 0.74bn, which it attributed to the pandemic and BLA filing delays by cell therapy clients. In contrast, revenue generated in China increased 187%.

The firm said that, ŌĆ£Backlog and revenue show sign of recovery in the US,ŌĆØ adding that recent investments had increased manufacturing efficiency and utilization rate.

It also said efforts to improve plasmid processing as well as LVV and AVV operations would lower the cost of viral vector manufacturing.

According to the WuXi spokesman ŌĆ£The expansion at the Philly site will supplement WuXi ATUŌĆÖs global footprint and will further join with other sites in the United States, United Kingdom and China to enable global customers with enhanced capacity and efficient services.ŌĆØ