Novartis has asked the EMA to inspect its Zolgensma plant in San DIego after the agency – and Japan’s PDMA – delayed approval decisions and asked for more details of how the gene therapy is made.

Zolgensma is a gene therapy. It is designed to halt progressive spinal muscular atrophy (SMA) – motor neurone loss and muscle wasting – in kids with a defective version of a gene called SMN1. 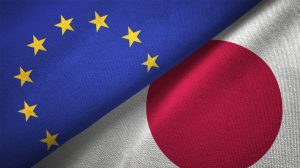 Zolgensma was approved in the US in May.

The drug has not been approved in Europe and Japan and – according to Novartis CEO Vasant Narasimhan – neither the EMA nor the PDMA is likely to make a decision until 2020.

Originally, Novartis expected decisions in both locales before the end of the year.

However, Narasimhan told analysts this week the EMA and PDMA had extended their deliberations and asked for more information about how Zolgensma is made.

The delay was confirmed by spokesman Eric Althoff.

He told Bioprocess Insider: “We continue to work closely with European regulators during their review of Zolgensma and are doing our due diligence to respond to their questions thoroughly and completely, knowing gene therapy is a very novel treatment approach.

Novartis makes Zolgensma at a site in Libertyville, Illinois, which it acquired along with the drug’s developer AveXis in 2018.

“The inspection at Libertyville happened earlier this year and EMA is doing an inspection at San Diego in December,” said Althoff. The firm is expecting a decision from the EMA’s Committee for Medicinal Productsdecision in Q1 2020.

Althoff added, “We continue to move forward with the Sakigake designation for treatment of infant SMA and we now anticipate approval in Japan in H1 2020.”

Novartis declined to comment on the nature of the questions asked by the EMA and PDMA.

It also comes shortly after the FDA raised concerns about data submitted included in Zolgensma’s application package. However, Narasimhan stressed the delays are not related to the data issue.