The facility in Winnipeg, Canada will be used to produce cell cultured cannabinoids through its collaboration with Ginkgo Bioworks, says Cronos Group.

Cannabinoid company Cronos Group has agreed to buy Apotex Fermentation IncŌĆÖs 84,000 square-foot biomanufacturing factory in Winnipeg for an undisclosed fee. If the deal closes ŌĆō expected in Q3 ŌĆō it will bring Cronos a facility with a combined production capacity of 102,000L, three downstream processing plants, and bulk product and packaging capabilities. 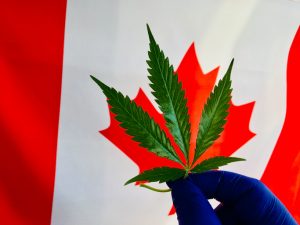 Cannabinoid firm Cronos will buy a plant in Winnipeg from Apotex. Image: iStock/OlegMalyshev

The collaboration aims to treat the burgeoning cannabis market as a technology by growing cannabinoids in systems traditionally used by biotech and is already using the Sartorius ambr250 mL single-use bioreactor system to determine the optimal conditions for growth and titer.

The Winnipeg plant will allow large-scale production by ŌĆ£bringing innovation and the power of biological manufacturing to the cannabis industry,ŌĆØ said Mike Gorenstein, CEO of Cronos Group. It will also bring greater efficiency to production than is currently possible with traditional cultivation and extraction.

ŌĆ£Cultured cannabinoid molecules are identical to those extracted from the plants grown with traditional methods but are created by leveraging the power of biological manufacturing via fermentation,ŌĆØ a Cronos spokesperson told Bioprocess Insider.

ŌĆ£In addition to allowing for the efficient and scalable production of cannabinoids, the use of Ginkgo’s platform is expected to unlock access to potentially medically-important and valuable cannabinoids that are present only in low quantities in the plant, making them economically impractical, difficult or impossible to extract at high purity and scale from grown / farmed cannabis plants.ŌĆØ

Like biologics, the cost of production is an important factor in the development of cannabinoids.

ŌĆ£The Company expects that the development of cultured cannabinoids through GinkgoŌĆÖs proprietary fermentation process will allow for cannabinoid production at large scale and with greater efficiency, consistency and quality than is currently possible with traditional cultivation and extraction.ŌĆØ