The San Francisco contract development and manufacturing organization (CDMO) announced the completion of a $15 million (Ōé¼13.4 million) series A financing round this week, explaining it had attracted support from new venture capital backers as well as existing investors.

Culture Biosciences said it will use the cash to triple bioreactor capacity and to create additional cloud-based biomanufacturing R&D software monitoring and development tools. 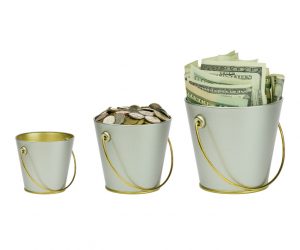 CEO Will Patrick said, ŌĆ£This funding will support our goal of making biomanufacturing R&D a digital experience by enabling scientists to manage their entire R&D workflow in our software application.ŌĆØ

Culture Biosciences has a software platform and bioreactor set up that allows biopharmaceutical developers to run, analyze and monitor scale-up experiments in real time without needing to be present.

The advantage ŌĆō according to the firm ŌĆō is that real-time monitoring lets bioprocess scientists carry out multiple studies in parallel, meaning they ŌĆ£can spend more time designing and analyzing experiments.ŌĆØ

ŌĆ£This scale-up process is bottlenecked by legacy approaches to fermentation, which require companies to either build in-house fermentation facilities or contract an outside lab to run their experiments.

ŌĆ£Both approaches are limited in speed, flexibility and convenience, contributing to lengthy lab-to-market timelines that can stretch well beyond five years and cost companies hundreds of millions of dollars in R&D expenses,ŌĆØ Culture Biosciences wrote earlier this year.

In February, Culture Biosciences completed a $5.5 million funding round. It used the proceeds to quintuple bioreactor capacity at its facility in South San Francisco.

The firm claims it has a 30-strong client base that includes both biotech start-up and large biopharma companies. It also works with the wider biomanufacturing sector.