iBio will use blockchain tech to cut costs and improve traceability in a deal that may also see Mateon spin-out a biopharma AI specialist.

The idea is that the systems – known as TrustPoint Vision Fabric and TrustPoint Smart Protocols – will monitor production operations conducted and store data in a “blockchain.” 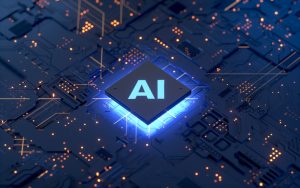 A blockchain is a digital record of transactions that can be viewed but not edited. In a drug manufacturing plant, it can track the transfer of raw materials from one unit operation to the next.

According to iBio initial deployment will be in raw material supply chain related functions.

The system will be used to automate the tracking of materials from time of receipt to manufacturing introduction.

An iBio spokesman told us the AI system will reduce costs and simplify information management operations.

“We believe it has the potential to yield significant cost and time savings, and as part of the collaboration, we’ll be testing this assumption.

He added that, “Installation of the raw material management module for pilot testing is expected to complete in Q1’20, with additional modules to be considered throughout 2020.

The adoption of AI comes just a month after iBio announced it had used its glycan engineering technology to manufacture a ‘biobetter’ version of rituximab that it is developing in collaboration with CC-Pharming.

EdgePoint AI has installed its systems in various retail environments, but iBio is the first CDMO to use it.

As previously stated Edgepoint is a subsidiary of Mateon Therapeutics. However, that may change partly as a result of the iBio project according to Mateon CEO, Vuong Trieu.

“This collaboration is a great first step in deploying the technology in a GMP manufacturing environment that we believe can facilitate the eventual spin off of EdgePoint as an independent technology company.”

Post- spin off a focus on biopharma would make sense given EdgePoint’s executive team which includes Steven King, the former CEO of Peregrine Pharmaceuticals.