Bioprocessing vendor Repligen will add eight manufacturing suites to keep ahead of demand for its large-scale OPUS prefilled chromatography columns.

During Repligen Corporation’s first quarter conference call, CEO Tony Hunt reported “another great quarter” for its OPUS pre-packed chromatography columns business, with sales up over 40% year-on-year. The firm did not break down how much the business brought in, but total sales at Repligen for the quarter reached $60.6 million (€54 million), up 35% on the same period 2018.

“The story in the quarter was the demand for a larger 45 to 80 centimeter diameter columns, order load was again very strong and we saw a nice pickup in demand for OPUS in gene therapy accounts for over 40% of new accounts in the quarter came from this customer base,” Hunt told investors (transcript here). 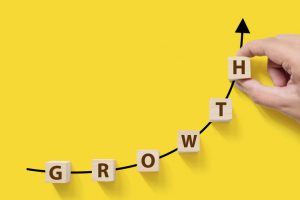 As such, the firm is investing in additional OPUS capacity, adding two manufacturing suites at its Ravensburg, Germany site and six suites at its Waltham, Massachusetts operations.

“The planned expansion is to keep ahead of increased demand, which is driven by continued acceleration at large CDMOs, the emergence of gene therapy customers and the increasing adoption at large pharma accounts, including more multi-site adoption,” Repligen spokesperson Sondra Newman told Bioprocess Insider.

The new suites will be for large-scale OPUS production, from 5cm to 80cm diameter columns, she continued. “Remember, that OPUS is ideally suited for clinical stage – higher campaign turnover – production, and with the introduction of OPUS 80 R, we can now address the needs of commercial manufacturing for non-MAb based processes.”

Build-out will begin during the second half of this year, Newman said, with suites coming on line during the first three to nine months of 2020. Jobs will also be created to support the expansion.

“Combined with adding a second shift in Waltham, which is happening here in Q2, our capacity will increase will be three to four times [the current level]. In Ravensburg, the suites add a large-scale OPUS production capability for European customers to what has been an OPUS process development facility.”

The full financial scale of the expansion has not been divulged as yet. However, Repligen’s recent CAPEX guidance increase of $4 million to $6 million (to $18 million to $20 million) does include additional costs this year for phase I enterprise resource planning (ERP) implementation related to the OPUS suite additions.