Pluristem Therapeutics has filed a provisional patent application to use its 3D cell culturing technology to manufacture cannabinoid-producing cells.

Pluristem has several candidates in its pipeline based on placenta-derived, mesenchymal-like adherent stromal cells, has inked a recent study agreement with NASA, and is working with Thermo Fisher to address the lack of technologies available to cell therapy manufacturers for the cultivation and processing of allogeneic products.

Now the Israeli cell therapy firm is looking to use its cell culture platform to address the burgeoning cannabinoid space, filing a patent application entitled ŌĆśMethods and Compositions for Producing Cannabinoids.ŌĆÖ 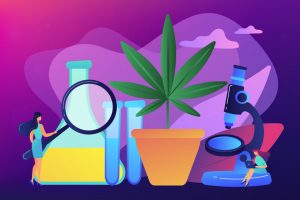 The patent covers the use of PluristemŌĆÖs platform for the growing of cannabinoid-producing cells, offering an alternative to the resource-intensive cultivating of cannabis plants in the production of therapeutic cannabinoid-based products.

ŌĆ£In the case of cannabinoids, we can potentially isolate and grow the cells that produce the cannabinoids in the cannabis plant. Because our system allows three-dimensional structures to grow on a solid substrate protected from shear forces and because it is highly controlled, it can allow the cannabis-producing cells to grow without the support of the plant.ŌĆØ

The system provides the nutrients and environmental conditions required for the growth and production of secondary metabolites. In this case it relates to cannabinoids, but Kaduri said it can theoretically be applied to other plant-based products.

ŌĆ£Because plants ŌĆō and the cells that build them ŌĆō are complex three-dimensional creatures, our culturing system can provide the needed environmental conditions as the plant itself, and thus by adjusting the components of the medium and environmental conditions (temperature, pH, oxygen) it can theoretically grow cells from different plants responsible for the production of secondary metabolites ŌĆō antibiotics, nicotine, cannabinoid, etc.ŌĆØ

ŌĆ£First of all, the raw materials for the production of plant cells are much cheaper than those of stem cells,ŌĆØ he said. ŌĆ£Second, in one bioreactor, cannabinoid producing cells can potentially be grown in quantities equal to many plants but on a very small surface area. Therefore, on the same growth area a lot more product can be produced.ŌĆØ

She continued: ŌĆ£In standard farming, the growth area can be used for 3-4 cycles per year. In our system, because we potentially donŌĆÖt wait for the plant to fully mature and instead we seed the cannabinoid producing cells, a lot more cycles could be done in a year.ŌĆØ

Moreover, there is greater reproducibility and batch security, she added. ŌĆ£In our cannabinoid system it should be possible to receive the same product each time by creating an intermediate plant cell stock. In every cycle we can potentially take the same cells and because the system is a closed system the fear from plant contamination decreases.ŌĆØ