Repligen will spend roughly $100 million over the next five years across all its franchises to feed the continued demand for biomanufacturing services and tools.

During a recent meeting with Jefferies analyst Brandon Couillard, Repligen CEO Tony Hunt and CFO Jon Sondgres spoke about the benefits of recent expansions in its bioprocess network and said it will be spending upwards of $100 million over the next five years to support its long-term capacity needs. 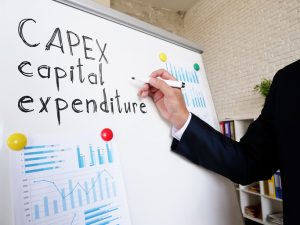 ŌĆ£Our most recent guidance [July 30] for 2020 includes capital expense of $30-$32 million, an increase from previous guide [May 6] of $20-$22 million, largely driven by increased demand related to COVID-19. We currently expect that our capital expense spend will be in the $20-$30 million range annually over the next five years. In this context, $100 million is a fair estimate for investment in capacity expansion.ŌĆØ

Recent investments have included the addition of two manufacturing suites at its Ravensburg, Germany site and six suites at its Waltham, Massachusetts to increase production of its OPUS range of prepacked chromatography columns. Meanwhile, the firm has been active in expanding through bolt-on acquisitions, recent examples being the purchase of Engineered Molding Technology (EMT) in July and the acquisition of C Technologies in May 2019.

The planned capacity investments will be across all RepligenŌĆÖs business divisions, Newman continued.┬ĀŌĆ£We made investments in our chromatography franchise last year and continue to expand our filtration capacity this year (hollow fiber and flat sheet).

ŌĆ£Each year, we determine priorities for capacity investment, with a view to stay 3 to 5 years ahead of demand.┬ĀOver time we expect to invest in all of our franchises.ŌĆØ

Repligen is not alone in ramping up capacity to deal with biopharma demand.

Earlier this month, fellow vendor Cytiva (previously the Life Sciences business of GE Healthcare) laid out a $500 million CAPEX plan for the next five years. This ŌĆ£multi-prongedŌĆØ expansion, as Emmanuel Ligner, CEO of Cytiva described it, involves ŌĆ£serious investments to ensure the industry has what it needs, when it needs it, to continue to serve the growing health needs of patients around the world.ŌĆØ

And earlier this year, another biopharma outsourcing and consumable partner Thermo Fisher issued a press release saying it is investing $475 million this year alone in new capabilities and capacity across its network, including adding a cell therapy development and manufacturing collaboration center┬Āin Princeton, New Jersey.

However, according to CouillardŌĆÖs analyst note, RepligenŌĆÖs investment strategy ŌĆ£is at least as much (if not more) than its larger peers,ŌĆØ relative to its current revenue base.