Repligen and Navigo have launched an affinity resin specifically for the purification of COVID-19 vaccines.

Last year, bioprocess technology firm Repligen teamed with protein engineering firm Navigo Proteins GmbH to develop an affinity ligand specifically for COVID-19 vaccines. Like many COVID-19 vaccine and therapeutic efforts themselves, the collaboration plus speed of development have borne fruit with the firms launching the NGL COVID-19 Spike Protein Affinity Resin this week.

While the handful of COVID-19 vaccines approved so far are not protein-based â€“ Pfizer and Modernaâ€™s offerings are messenger RNA, while AstraZenecaâ€™s is adenovirus-based â€“ the firms are targeting the next wave of potential products. 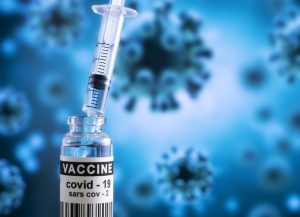 â€ś[We] are working with a number of the Spike Protein-based vaccines players globally on evaluations. Several customers â€“ from small biotech to large pharma â€“ have confirmed the high performance of the resin in house, and have ordered and received multi-liter quantities of product to support their internal process development efforts,â€ť Sondra Newman and Oliver Schub, from Repligen and Navigo respectively, told BioProcess Insider.

â€śWe expect that these customers and others will continue to evaluate and specify this resin into clinical processes as we go through 2021.Â  We expect the biggest opportunities for this resin to be with the next-generation of protein-based COVID-19 vaccines.â€ť

For protein-based COVID-19 vaccines, the benefit of an affinity resin like NGL is the decreased processing time with fewer column steps, along with a potentially improved yield. Until now companies have taken a traditional approach to purify COVID vaccines based on spike protein using ion exchange chromatography and pseudo-affinity resins like lectins. Without a true affinity step, it typically takes more purification column steps which takes longer and can result in a loss of yield.

Navigo Proteins developed the ligand, based on Purolite Life Sciencesâ€™ Praesto agarose bead technology, and Repligen is manufacturing it from its Waltham, Massachusetts site. â€śRepligen has long been established to manufacture ligands as well as resins, so we are set up well capacity-wise,â€ť Newman told us.

Schub added: â€śNavigo Proteins delivered on a very rapid timeline, with discovery of the spike protein-specific ligand in just six weeks (based in its artificial Protein A platform) and preparation of resin sample candidates in four months.

â€ťNavigo notes that its platform has been utilized in other (non-mAb, non-spike protein) ligand and resin development programs as well and believes its partnership with Repligen â€“ which has thus far resulted in this high performing Spike Protein ligand and a previously announced Protein A ligand – showcases its ability to customize affinity resins to greatly simplify and platformize non-Fc biologics manufacturing.â€ť