Repligen will lease a plant in Hopkington, Massachusetts and build a facility in Waterford, Ireland as part of capacity growth plans.

Repligen announced its second quarter 2021 financials this week, reporting sales of $163 million, up 86% year-on-year. Like its bioprocess peers, record revenue ŌĆō along with significant order intake ŌĆō relate to a mix of a robust industry sector and the high demand for COVID-19 related vaccine and therapy consumables and services.

Also like its bioprocess vendor peers, Repligen announced plans to expand its capacity on the back of continued demand, with expansions both sides of the Atlantic. 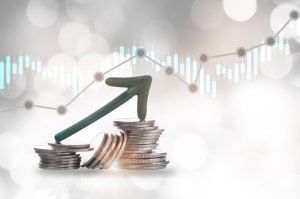 ŌĆ£We recently signed a lease for a 64,000 square-foot facility in Hopkinton, Massachusetts, and we are set to build out a 33,000 square-foot lead, silver certified building in Waterford, Ireland,ŌĆØ Repligen CEO Tony Hunt told stakeholders.

ŌĆ£Both the Hopkinton and Waterford sites will become centers of excellence for assembly, which include ProConnex flow paths for our systems. In addition, the Hopkinton plant will support our expansion plans for affinity ligand product line that is already set up to support E. coli manufacturing.ŌĆØ

The Waterford site was added through the $200 million acquisition of single-use chromatography and filtration firm ARTeSYN Biosolutions in October 2020, and the expansion is expected to create 130 new jobs, bringing total staff numbers at the site to 204.

Both facilities are expected to come online in 2022 and ŌĆō along with an ongoing expansion at its Marlborough, Massachusetts facility ŌĆō will leave the company ŌĆ£well positioned to support growth for the next five years,ŌĆØ Hunt added.

ŌĆ£We’re investing about $100 million in capacity expansion programs. I think when you look out for we’re trying to go in terms of capacity plans, what we’ve done just in the last 1.5 months in terms of taking a lease on the Hopkinton facility, also doing a lease on the Waterford building. That gives us tremendous capacity in 2022.ŌĆØ

ŌĆ£I don’t think Repligen is doing anything different than any of our peers, right? Everybody is expanding capacity, everybody is investing,ŌĆØ Hunt said on the call. ŌĆ£You saw the announcement this morning from some of our peers in terms of what they’re doing. We’ve seen this over the last four or five months.ŌĆØ