A robust quarter included a ramp-up in COVID-19-related orders, something Repligen says will set the scene for increased revenues in the second half of 2020.

While Hunt noted the increase in revenues and orders from the gene therapy sector â€“ something Repligen has spoken of before â€“ it is the ongoing coronavirus crisis that has accelerated Repligenâ€™s growth over the past few months. 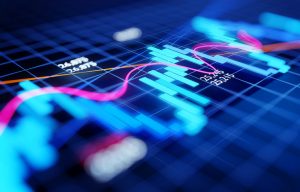 â€śThe ramp-up in orders is broad based with contributions from existing MAb and gene therapy accounts, and in particular, from customers working on the development of vaccines and therapeutics for COVID-19,â€ť he said.

Bioprocess vendors have been in high demand â€“ or in higher demand than usual â€“ since the coronavirus crisis emerged, as industry has turned to them to supply equipment, consumables, and technology to support therapeutics and vaccines in development against COVID-19. One commentator, for example, has valued the vaccine opportunity alone as a $14 billion opportunity for vendors.

â€śWe expect that our direct revenues in the second half of 2020 will accelerate further as many of our customers get back to full manufacturing, and key biopharm and CDMOs ramp up manufacturing capacity for COVID programs.â€ť

Last month, Thermo Fisher highlighted COVID-19 as a major driver of its own second quarter, directly adding $1.3 billion to its topline.

While Repligenâ€™s revenues are a fraction of this, the firm did say it achieved a 12% consensus beat on revenue, three quarters of which were contributed to COVID-19 programs.

â€śUnlike maybe some of the bigger players in the industry that clearly touch almost every vaccine therapeutic thatâ€™s happening, weâ€™re a little bit more tied to those companies that weâ€™ve been working with for the last number of years,â€ť said Hunt, adding Repligen is supporting a significant number of programs in both vaccine and therapeutics globally.

â€śThere continues to be activity going on in COVID where companies are maybe later than some of the big guys in terms of moving forward, but there is definitely signs that other companies are beginning to scale, and weâ€™ll see what the impact of that is in the second half of the year.

â€śIn terms of growth, there could â€“ thereâ€™s definitely the potential to be upside. And it will come from, I think, what happens to the companies that are scaling do they move through Phase II into Phase III, and how that plays out over the next 6 to 9 months. And obviously, the other companies that are at the very early stages as they move through, so they would be the areas where we would expect to see potential upside in the second half of the year.â€ť